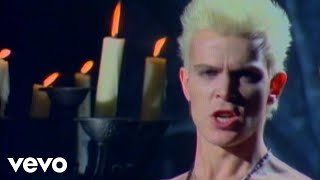 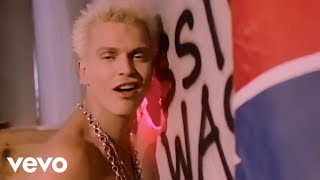 Photographer: Albert Sanchez.
As one of the first poster children of the MTV era, Billy Idol's iconic punk image has always been a little at odds with his music. While the spiky hair, perma-sneer, and studded leather jacket suggested rough living and raw sounds, Idol scored enormous mainstream success from the very beginning of his solo career, mostly with a moody, melodic sound that came much closer to hard-edged pop than gritty punk. Idol's most memorable moments in the early days came from the amalgam of catchy tunes -- crooned and yelped in his low rasp -- and unsettling video imagery. Essential focuses on Idol's seemingly endless string of hits from the early MTV era, including ubiquitous smashes like "White Wedding," "Eyes Without a Face," "Rebel Yell," and his solo version of "Dancing with Myself," a song he played first with his early band Generation X. With no shortage of early-'80s hits, post-'80s representation is limited to two tracks from 1990's Charmed Life and "Shock to the System, " the lead single from Idol's 1993 concept record Cyberpunk. ~ Fred Thomas