"All the world's a stage, / And all the men and women merely players." (Act II, Scene VII) 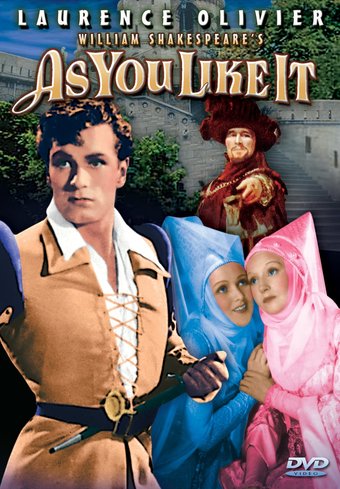 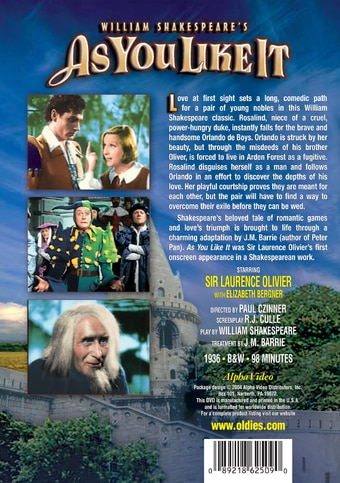 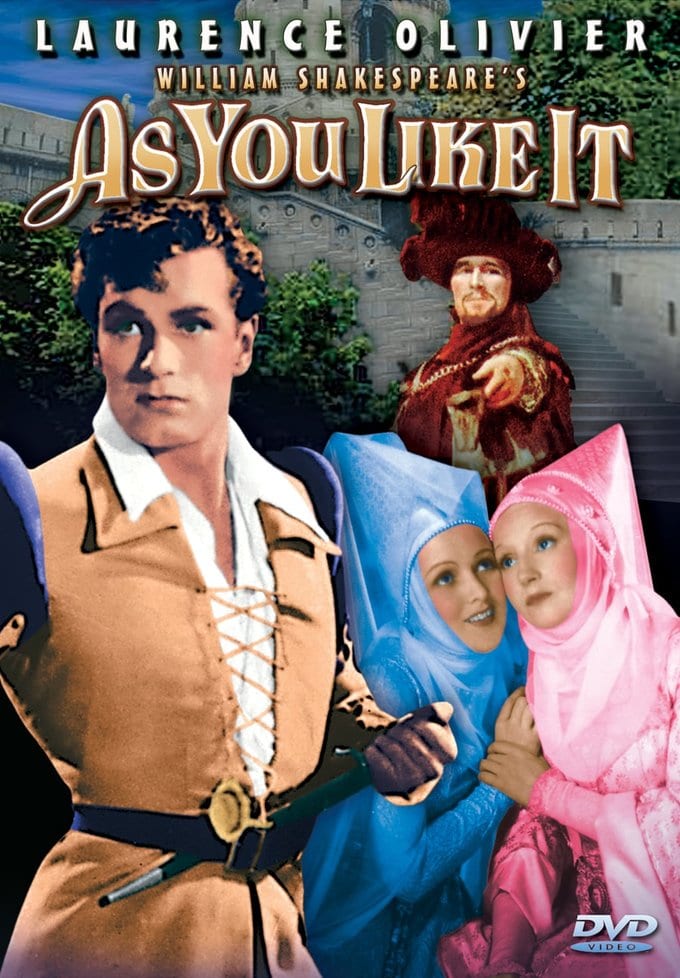 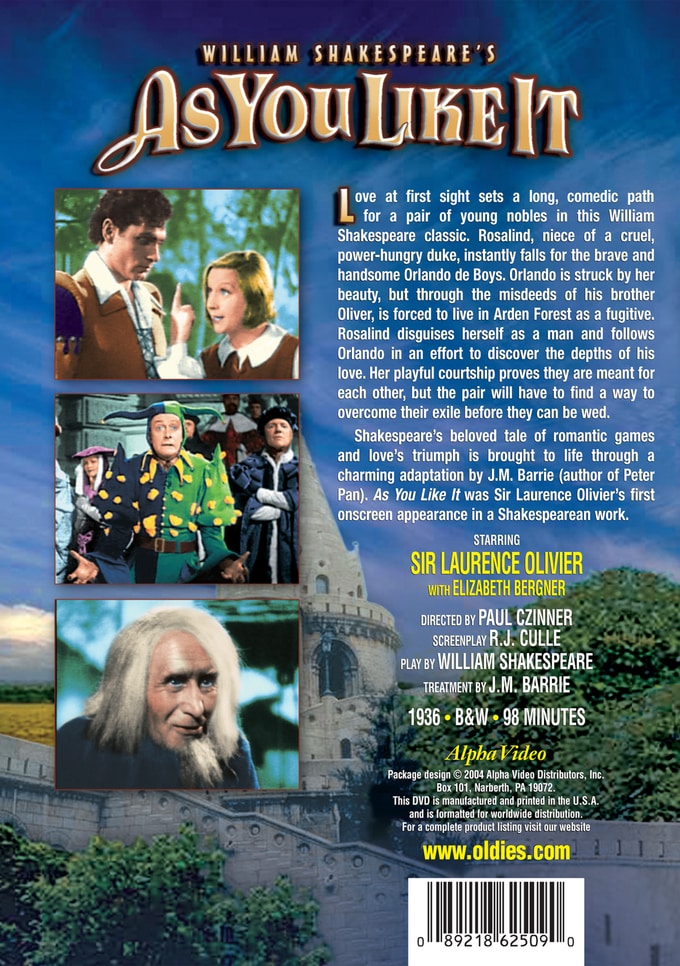 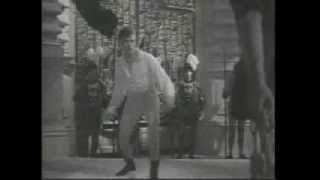 Love at first sight sets a long, comedic path for a pair of young nobles in this William Shakespeare classic. Rosalind, niece of a cruel, power-hungry duke, instantly falls for the brave and handsome Orlando de Boys. Orlando is struck by her beauty, but through the misdeeds of his brother Oliver, is forced to live in Arden Forest as a fugitive. Rosalind disguises herself as a man and follows Orlando in an effort to discover the depths of his love. Her playful courtship proves they are meant for each other, but the pair will have to find a way to overcome their exile before they can be wed.

Shakespeare's beloved tale of romantic games and love's triumph is brought to life through a charming adaptation by J.M. Barrie (author of Peter Pan). As You Like It was Sir Laurence Olivier's first onscreen appearance in a Shakespearean work.

A screen adaptation of William Shakespeare's comedy of manners about a Duke and a band of his loyal followers, who steal away to the Forest Arden after being ousted by the Duke's usurping brother. There, they are joined by young Orlando and the Duke's daughter, Rosalind. She loves the young Orlando, but since she is hiding out in the guise of a man, she decides to play a trick on Orlando by introducing herself as Ganymede and asking him to prove his love for her.