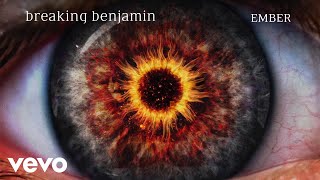 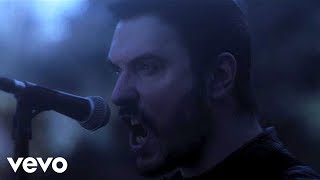 Audio Mixer: Ben Grosse.
Recording information: 301 3rd St. Studios, Ocean City (2014); The Barber Shop Studios, Lake Hopatcong, NJ (2014).
On the second outing with a revamped lineup, hard rock outfit Breaking Benjamin stick to their tried and true formula, continuing the legacy of early-2000s post-grunge/nu-metal with album number six, Ember. On this set, frontman Ben Burnley relinquished songwriting control, allowing input from band members Jason Rauch, Keith Wallen, Aaron Bruch, and Shaun Foist. For better or worse, the results of that team-building effort do not stray far from past efforts. Notes of Chevelle, Disturbed, Shinedown, and Evanescence appear throughout, as pounding drums and beefy riffs are balanced with dour atmospherics and Burnley's pained, powerful voice. While his lyrics remain simplistic, they are relatable, which should not surprise faithful listeners familiar with these themes of despair, hopelessness, anger, and frustration. Like 2015's Dark Before Dawn, Ember is bookended by a pair of conceptual instrumentals, the celestial "Lyra" and "Vega." In between, Breaking Benjamin deliver ten no-nonsense rock blasts that roar ("Red Cold River") and pummel ("Feed the Wolf"), providing cathartic release with cinematic build-up ("Down") and desperate urgency ("Blood"). Additional highlights include the brooding "The Dark of You," which features celebrity dancer and longtime fan Derek Hough on guest vocals, and the frenetic "Close Your Eyes," the de facto closer that is so rhythmic it could be a late-era Korn song. As far as variety goes, this is a fairly standard collection of tunes from a band that is mainly concerned with giving fans what they want and expect. ~ Neil Z. Yeung

Breaking Benjamin
We Are Not Alone
$7.30
Add to Cart

28%off
Breaking Benjamin
Aurora
$9.99 on Sale
Add to Cart

28%off
Breaking Benjamin
Aurora
$9.99 on Sale
Add to Cart