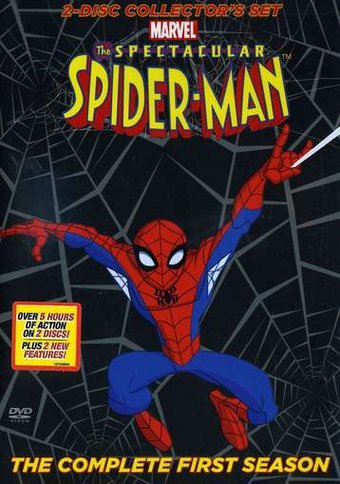 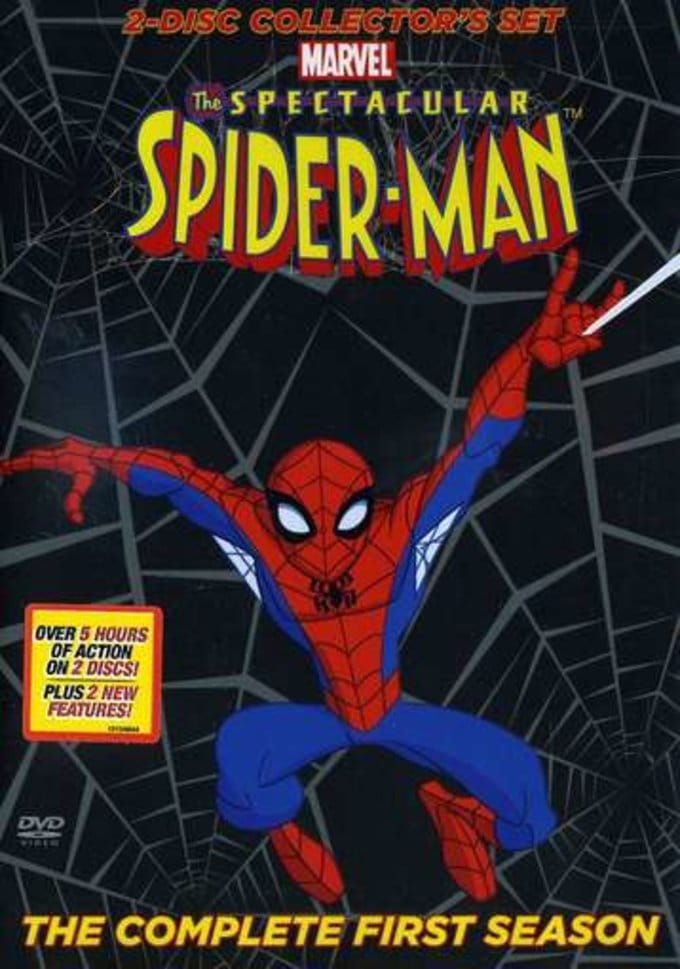 Get email alerts for Marvel Gifts & Collectibles
54 ratings
Currently Out of Stock: We'll get more as soon as possible
Notify Me When Available
Add to Wishlist
Format:  DVD  (2 Discs)
item number:  XSUR 02356D
91% recommend us!

As if Spider-Man didn't have enough to worry about with the creation of Dr. Lizard and the emergence of several members of the Sinister Six (including Rhino, Shocker, and The Sandman), he's got an even bigger problem once he takes the suit off and becomes mild-mannered Peter Parker: high school! Full of web-slinging fun, this complete season-one collection amasses the first four volumes of the animated children's series that began in 2008.

This adventure finds our hero tackling more Super Villains both old and new, including Chameleon, Venom and the Sinister Six: Electro, Doctor Octopus, Vulture, Sandman, Rhino and Shocker. While these criminals are almost more than Spidey can handle, his real struggle becomes an internal one. The stress is enough to drive a high school Super Hero over the edge, but making mistakes and learning lessons is all in a days work for the Spectacular Spider-ManTM!