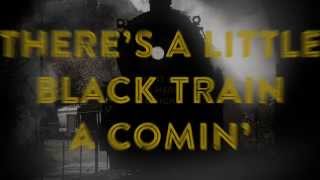 Audio Mixer: Bob Clearmountain.
Liner Note Author: Jim Bessman.
Recording information: House Of Blues Studios, Nashville, TN; Ocean Way Recording, Hollywood, CA; Sunset Sound Studios, Hollywood, CA; The Village Studios, West Los Angeles, CA.
Photographers: Dona Tracy; Gerald Wenner; Carlene Carter.
A great legacy can be a blessing and a curse, and when your mother is June Carter and your stepdad is Johnny Cash, you're going to have a lot to live up to in the minds of most folks. Carlene Carter has built a pretty remarkable career for herself as a vocalist, and after a dark period she made an impressive comeback with 2008's Stronger. But it's rare when a critic or biographer doesn't mention Carter's place in one of country music's founding families, and on 2014's Carter Girl, she embraces their vital role in country music's history while also putting her own stamp on their body of work. Ten of the 12 songs on Carter Girl were written by members of the Carter Family, the trio that wrote and recorded some of country's defining music in the '20s and '30s, while one of the remaining selections, touching on the death of Johnny and June, was adapted by Carlene Carter and Al Anderson from an old Carter Family classic ("Lonesome Valley"), and the other is a poignant tale of her grandparents' scuffling days before they rose to stardom ("Me and the Wildwood Rose"). When Carlene Carter sings about her family, one can hear the love and respect in her voice, as she seems to be in awe of them as much as any of us, and the two originals are deeply moving, but her interpretations of the Carter Family's songbook are also heartfelt and impressive. There's as much rock and blues as country in her takes on "Little Black Train," "Blackie's Gunman," and "Blackjack David," but Carter approaches these songs as something fresh and vital, and she fills them with her own fearless spirit, and when she takes a more traditional route on "Give Me the Roses" and "I'll Be All Smiles Tonight," she sounds strong yet compassionate, melding her strength with the sorrowful tone of the lyrics. And producer Don Was has brought out the best in Carter, matching her up with a top-notch band (including Greg Leisz on steel and electric guitar and Jim Keltner on drums) and bringing in Willie Nelson, Vince Gill, and Kris Kristofferson for memorable vocal cameos. On Carter Girl, Carlene Carter has confronted the mighty legacy of the Carter Family's songbook and allowed it to strengthen her music rather than buckling under its weight, and this ranks with her finest recorded work to date. ~ Mark Deming

Shelby Lynne / Allison Moorer
Not Dark Yet
$14.50
Add to Cart