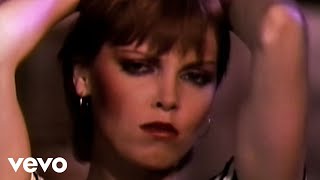 In 1979, Pat Benatar exploded onto the music scene with a voice that was strong but versatile, capable of handling wailing hard rock as well as strong but gentle songs from the heart, and she was backed by a band (led by guitarist Neil Giraldo) whose talent and muscle equaled her own. Benatar's breakthrough hit, "Heartbreaker," was the first salvo in a nearly decade-long run of hits that made her one of the most popular and respected women in American rock. The Millennium Collection: 20th Century Masters features ten of Benatar's biggest hits in the versions that made her famous, including "Heartbreaker," "Hit Me with Your Best Shot," "Love Is a Battlefield," "You Better Run," "Shadows of the Night," and "Invincible." With just ten songs, The Millennium Collection: 20th Century Masters isn't an in-depth study of Benatar's career, but fans will recognize and love every tune, and it's a fine reminder of her days as one of the leading ladies of rock & roll. ~ Mark Deming