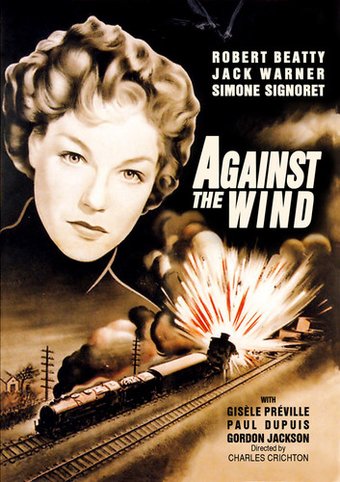 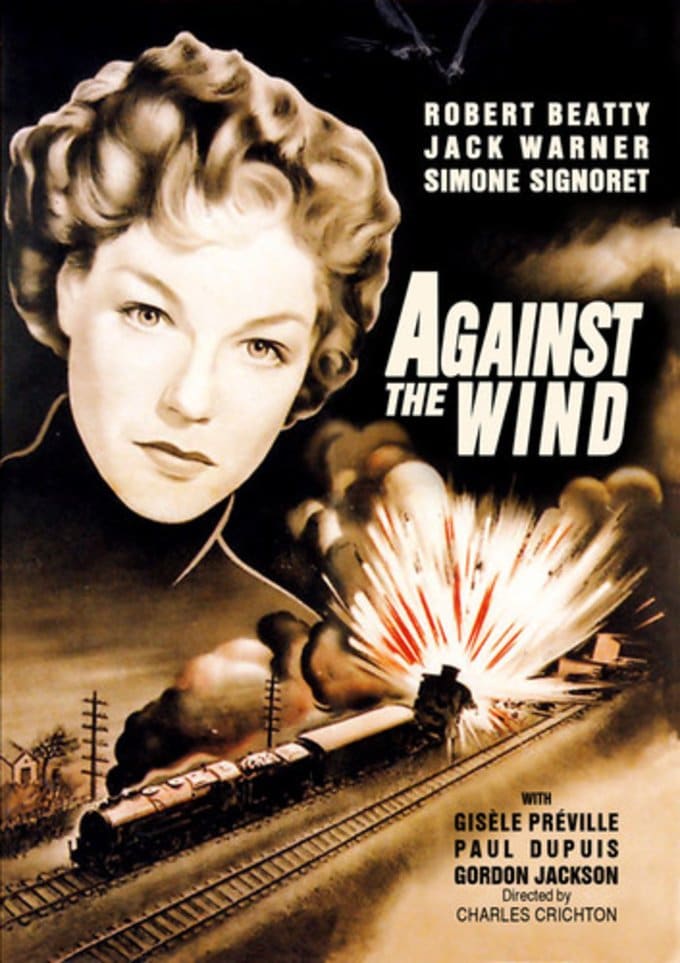 Parachutists hurtle out of the sky toward the camera as the credits of AGAINST THE WIND unfurl. Made less than three years after WWII ended, AGAINST THE WIND shows a group of Belgians, Jacques (Paul Dupuis), Emile (John Slater), and Michèle (Simone Signoret), Scotsman Johnny (Gordon Jackson), and Irishman Max (Jack Warner) going behind enemy lines to join the Belgian resistance.

In AGAINST THE WIND, Charles Crichton--best known as a comedy director (HUE AND CRY, THE LAVENDER HILL MOB, A FISH CALLED WANDA)--proves he is adept at showing the intricacies of military planning. The movie provides a primer on how to mount an operation to rescue a captive on a train by systematically isolating a passenger car from the rest of the train.

Crichton does well by his actors--John Slater as the disguised Emile, longing to see his wife; Paul Dupuis, unable to explain his masquerade as a German; and the youthful Gordon Jackson as the heroic Johnny. Jack Warner, cast against type, is all oily charm as the nosy Max. And anyone who thinks English cinema, and Ealing's movies in particular, are soft should see Simone Signoret's brutal efficiency as she deals with a double agent.

While a captured British officer languishes in Nazi captivity, his would-be rescuers--a ragtag band of civilian volunteers with nothing in common except their bravery--is trained to infiltrate the POW stronghold. The documentary-style filming establishes a nail-biting pace and realistic feel while the ensemble cast gives the credible impression of strangers who quickly develop close emotional bonds forged in the crucible of danger. AGAINST THE WIND was based on a true story.