Johnny Cash Out Among the Stars

Rolling Stone: 3.5 stars out of 5 -- "'She Used to Love Me a Lot' begins with hope and ends in magnificent remorse." 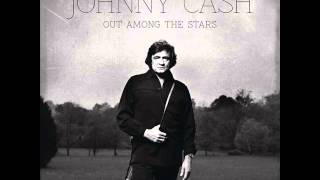 Johnny Cash - Out Among The Stars (Music Video) 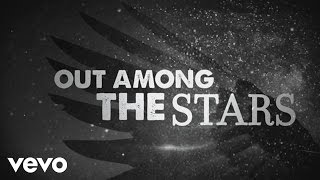 Johnny Cash - Out Among The Stars (Lyric Video) (Music Video)

Rolling Stone
3.5 stars out of 5 -- "'She Used to Love Me a Lot' begins with hope and ends in magnificent remorse."
Paste (magazine) - "The arrangements are loose and spacious, giving the musicians -- including a young Marty Stuart on guitar and Hargus 'Pig' Robbins on piano -- a chance to play their hearts out."
Pitchfork (Website) - "Cash showed his chameleon colors by electing to record a duet with notorious rabble-rouser Waylon Jennings called 'I'm Moving On'..."

Personnel: Johnny Cash (guitar); Marty Stuart (guitar, mandolin); Jerry Kennedy, Robert Wray, Pat McLaughlin, Billy Sanford, Jerry Carrigan, Dale Sellers, Buddy Miller (guitar); Pete Drake (steel guitar); Jerry Douglas (dobro); Laura Cash (fiddle); Terry McMillan (harmonica); Hargus "Pig" Robbins, Bobby Wood (piano); Tony Harrell (keyboards); Kenny Malone (drums); Niko Bolas, Rick Lonow (percussion).
Audio Mixer: Niko Bolas.
Liner Note Author: John Carter Cash.
Recording information: 1111 Sound Studios, Nashville, TN (03/18/1981); Cash cabin Studio, Hendersonville, TN (03/18/1981); Columbia Studios, Nashville, TN (03/18/1981); 1111 Sound Studios, Nashville, TN (04/11/1984-06/14/1984); Cash cabin Studio, Hendersonville, TN (04/11/1984-06/14/1984); Columbia Studios, Nashville, TN (04/11/1984-06/14/1984).
Photographers: Jim Marshall ; Norman Seeff.
If Out Among the Stars had come out when its sessions were completed, it would've appeared sometime in 1984, arriving between 1983's flinty Johnny 99 and 1985's slippery, sentimental Rainbow. Allegedly, this album -- discovered by Legacy and John Carter Cash during some archival work in 2012 -- was shelved because its Billy Sherrill production was just a little bit too pop for Johnny Cash's taste, but that reasoning isn't sound, particularly with the Chips Moman-produced crossover of sugar of Rainbow taken into consideration. Moman had been riding high on the hits he produced for Willie Nelson -- notably "Always on My Mind," Willie's last great crossover smash -- and he applied a similar heavy-handed touch to Cash, who at that point was several years away from his last Country Top 10 hit ("The Baron" went to 10 in 1981). Sherrill had a lighter touch with Cash than Moman, something that might surprise listeners who associate his name with his symphonic, string-heavy productions for George Jones, but the producer winds up simply sweetening Johnny without changing his core sound. Comprised of sessions from 1981 and 1984, Out Among the Stars is generally chipper and bright, containing a couple of spare, reflective moments -- the sentimental "After All," the June Carter Cash bluegrass duet "Don't You Think It's Come Our Time," and "I Came to Believe," the gospel-ish closer that ambles along nicely -- that add a little dimension to a cheerful album. "Out Among the Stars" nicely updates the signature Cash train-track rhythm, a cover of the Dave Edmunds/Carlene Carter duet "Baby Ride Easy" rolls along with spirit, Cash yucks it up with Waylon Jennings on a cover of the Hank Snow standard "I'm Movin' On," and "I Drove Her Out of My Mind" conjures some of the old outlaw magic. Every one of these seem like they could have some kind of potential on the charts, so the fact they were shelved is a bit of a mystery because, when taken together -- despite misguided novelties like "If I Told You Who It Was" -- it adds up to one of Cash's stronger '80s albums. ~ Stephen Thomas Erlewine