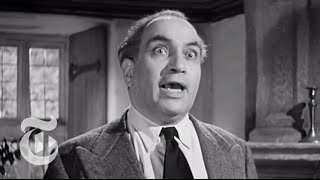 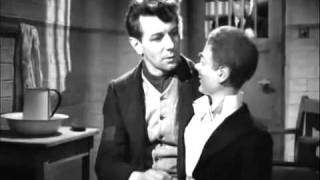 On seeing Eliot Foley's house, Walter Craig (Mervyn Johns) pauses querulously. Meeting the assembled guests, he falls into numbed silence. Although Craig has never visited Foley (Roland Culver), the experience is eerily familiar. He has seen this place before and has met these people--in a recurring nightmare.

One guest, psychiatrist Dr. Van Straaten (Frederick Valk), thinks Craig is irrational. Others support Craig, telling of a curious forewarning of death; describing a ghostly encounter at a children's Christmas party. Joan Cortland (Googie Withers) recounts the chilling events that occur when she gives her fiancé (Ralph Michael) an antique mirror. Trying to break the darkening mood, Foley contributes a light-hearted tale. But Van Straaten provides the grim case history of a disturbed ventriloquist. And everything spirals out of control as Craig's nightmare comes to fruition.

This film features five stories of supernatural terror from four directors. A group of strangers are inexplicably gathered in an isolated country estate. Dreams and nightmares dominate the conversation, and each guest shares a frightening event from his o

DEAD OF NIGHT is a classic ghost thriller about the gathering of a group of people who have portentous dreams. The climax with Michael Redgrave as a ventriloquist is particularly suspenseful.