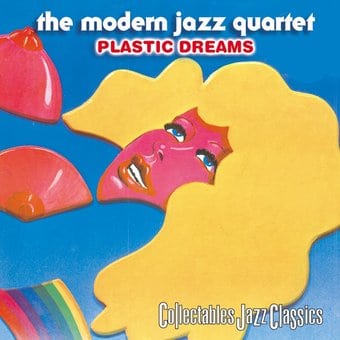 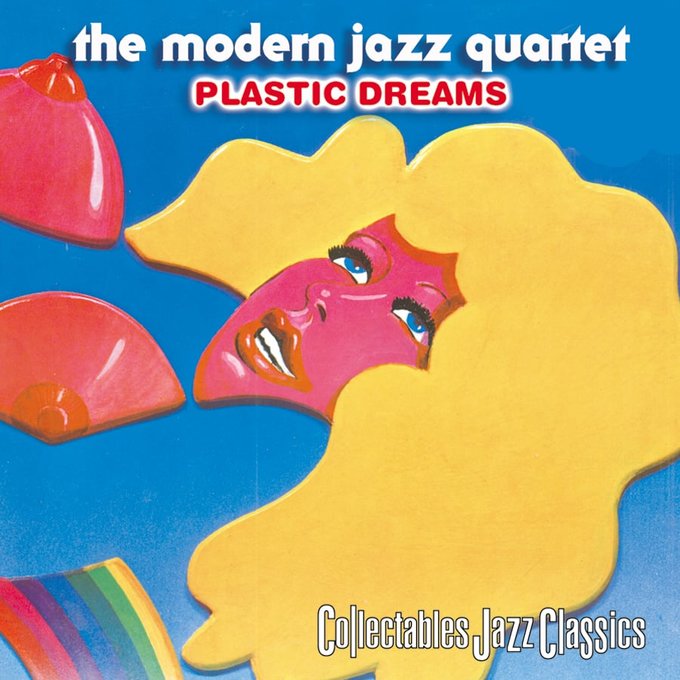 The exceptional musicianship of the MJQ's individual members reaches new heights throughout this Arif Mardin-produced Atlantic album, highlights of which include "Piazza Navona," "England's Carol," and "Walkin' Stomp."

Modern Jazz Quartet: Milt Jackson (vibraphone); John Lewis (piano, harpsichord); Percy Heath (bass); Connie Kay (drums, percussion).
Additional personnel: Snooky Young, Joe Newman (trumpet); Jim Buffington (french horn); Garnett Brown (trombone); Don Butterfield (tuba).
Recorded at Atlantic Recording Studios, New York, New York.
Personnel: Joe Newman , Snooky Young (trumpet); James Buffington (French horn); Garnett Brown (trombone); Don Butterfield (tuba); John Lewis, John Richard Lewis (piano, harpsichord); Milt Jackson (vibraphone); Connie Kay (drums, percussion).
Audio Remixer: Ed Barton .
Liner Note Author: Martin Williams .
Recording information: Atlantic Recording Studios, New York, NY.
Christmas came early in 1971; in May, Atlantic released Plastic Dreams, the penultimate studio album from the Modern Jazz Quartet during their main, 22-year run as an ensemble. Of the MJQ's albums, Plastic Dreams has never been a critic's favorite, and was an album that mystified many of the group's longtime followers. First was the gatefold front cover, which featured a "plastic" image of a nude woman that was really pushing the envelope by 1971 standards; it was almost "indecent." Second, the liner notes by arch-New York jazz critic Martin Williams, while appreciative, really made you wonder if Williams was listening to the same album you were. Third was the inclusion of two Christmas selections on an album that didn't otherwise have anything to do with Christmas -- indeed, what was going on here? The answer, quite simply, was that Plastic Dreams was as close as the MJQ ever got to making a pop album, and the production work of Arif Mardin reflects that idea -- it utilizes a "hot" pop production rather than the dry-as-a-bone-styled mix that typifies the MJQ's recordings up to that time. The opener, "Walkin' Stomp," reasserts this concept in a big way; it is as far into playing pure funk that the MJQ ever got, with Percy Heath laying down a solid groove and Milt Jackson contributing a brilliant, blazing solo. "Trav'lin" is a strong point of departure also, a minimalist time-keeping exercise that contrasts rapid, repetitive figurations coordinated between John Lewis' left hand and Heath's bass with a very slowly evolving melody. Mardin further highlighted this by adding a subtle delay to the whole recording and sinking it slowly into the track, the only time the MJQ ever embraced the assistance of electronic technology into their work aside from participating in Gunther Schuller's "Conversation" (1957). While there is nothing else in the MJQ's book like "Trav'lin," Williams stated that it was "another one reminiscent of their early pieces." The title track, "Plastic Dreams," is a reflective and relaxed tune that benefits from Lewis' employment of the harpsichord over the piano, as does "England's Carol," a fresh spin on "God Rest Ye Merry Gentlemen." The version of "Piazza Navona" here utilizes five horns and is like an entirely different composition from the one that appeared on The Comedy and Lewis' album The Golden Striker in 1960. It has an irresistibly catchy, entirely new introductory figure that winds its way through the piece, and once you hear it on Plastic Dreams, you'll miss it when you listen to the older versions. Indeed, as a whole, Plastic Dreams does seem like a final refinement of several idealistic threads found throughout the MJQ's studio work stretching back to about 1960, with generous room made for new directions. By contrast, the album that followed -- Blues on Bach (1973) -- is more readily recognizable as belonging to the Third Stream context already established for the group. Despite the lukewarm criticism that has attended it, Plastic Dreams is one of the MJQ's most exploratory efforts, though in the opposite direction from albums like Third Stream Music. As such, Plastic Dreams deserves pride of place as one of the late, and last, high-water marks to be found among their studio work during their regular period of activity, and it remains one of the most hip sounding and easily enjoyed of the MJQ's albums decades on. ~ Uncle Dave Lewis

The Modern Jazz Quartet
The Legendary Profile
$13.60
Add to Cart
(3)