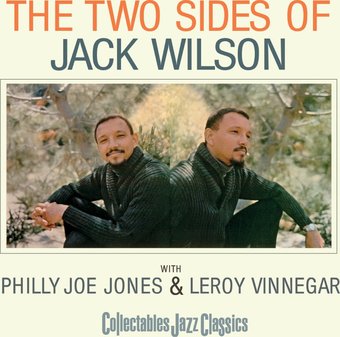 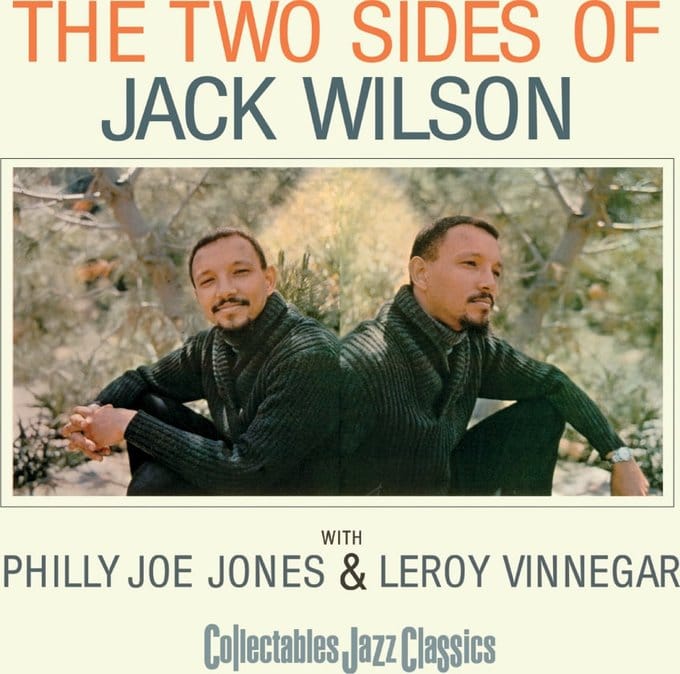 Personnel: Jack Wilson (piano); Leroy Vinnegar (bass); Philly Joe Jones (drums).
Originally released on Atlantic (1427).
Personnel: Jack Wilson (piano); Philly Joe Jones (drums).
Recording information: Los Angeles, CA (05/13/1964).
It isn't fair to limit Jack Wilson to two sides. The range of players with whom the pianist has performed: from Sammy Davis and Eartha Kitt to Jackie McLean and Roland Kirk, makes clear he is multi-dimensional. All that range is not demonstrated on this set, but -- despite its title -- this is not simply a program of uptempo tracks followed by an equal number of ballads.
This 1964 recording steers a boppish mainstream course through a variety of moods and tempi, covering pieces by Tadd Dameron, Bud Powell, pop standards and two good Wilson originals. Los-Angeles-based, Wilson is not readily identifiable as "West Coast." If anything, he suggests Red Garland (with a slightly more technically demonstrative approach) or the satisfying accessibility of Billy Taylor.
Twenty-eight at the time of this set, Wilson has a good piano trio date here in the classic style: focus on the piano, with stellar support from an immensely capable rhythm team. In this case it's bassist Leroy Vinnegar and drummer Philly Joe Jones -- both usefully forward and detailed in the mix. Vinnegar stays with a relentless walk on the up pieces and a steady throb on the ballads. Jones characteristically ranges from impressively delicate brushwork to boisterous over the top displays that might have shaken a lesser pianist.
Rewarding in is own right, there is also enough here to prompt interest in other sides of Wilson, such as his work in quartet settings with vibraphonist Roy Ayers, and with the horns of Jackie McLean, Lee Morgan and Garnett Brown. ~ Jim Todd

60%off
Grassella Oliphant
The Grass Roots / The Grass Is Greener (CD)
$5.98
Add to Cart

60%off
Herman Foster
Explosive Piano of Herman Foster / Have You Heard? (CD)
$5.98
Add to Cart

Jack Wilson
Call Me: Jazz From the Penthouse (Live)
$16.30
Add to Cart

60%off
Eddie Harris
Free Speech / That Is Why You're Overweight
$5.98
Add to Cart