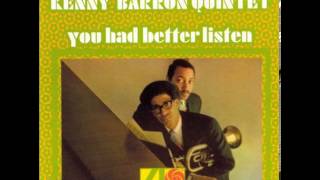 After a stint as a member of the famed New York Jazz Sextet, trumpet and flugelhorn player Jimmy Owens teamed up with Kenny Barron, one of the greats of modern mainstream piano. This 1967 original Atlantic recording is the work of producers Joel Dorn and Arif Mardin. Its musical scope is impressive and includes "You Had Better Listen," "The Night We Called It A Day," "Caroline John," and more.