Andy Hardy goes to college and encounters his share of romance problems. 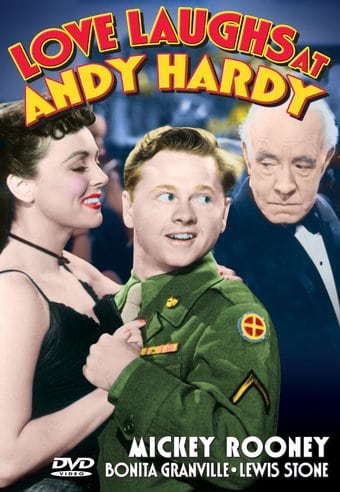 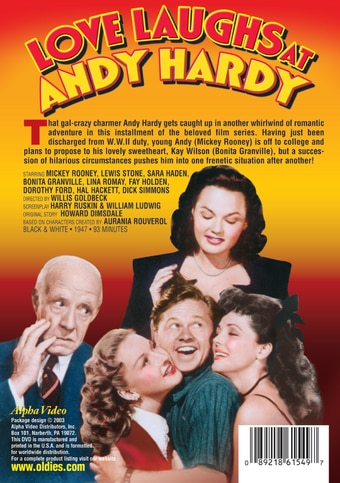 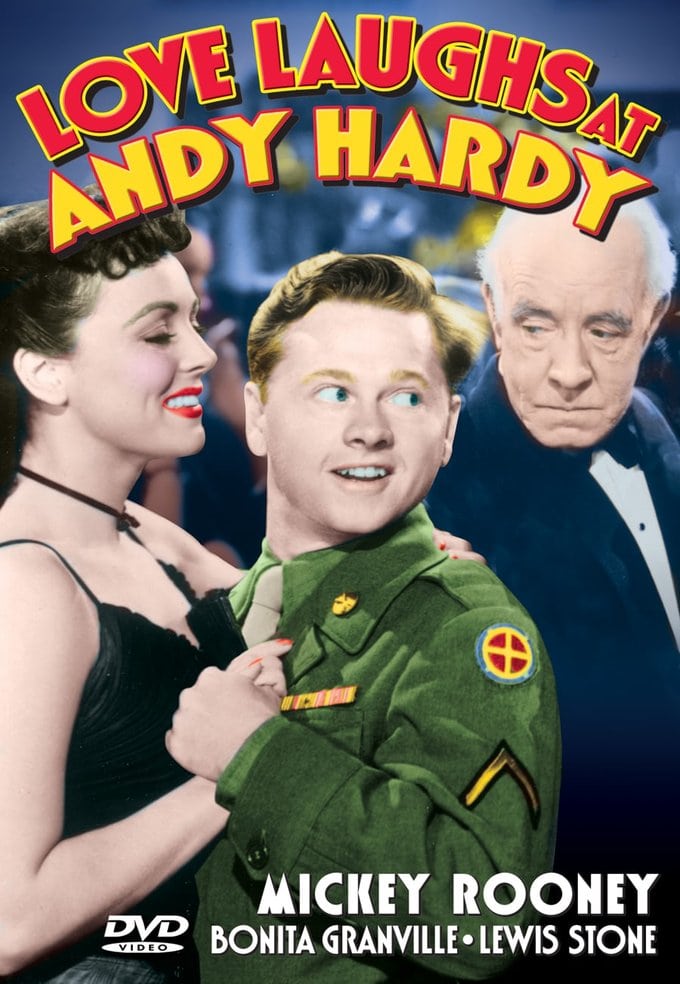 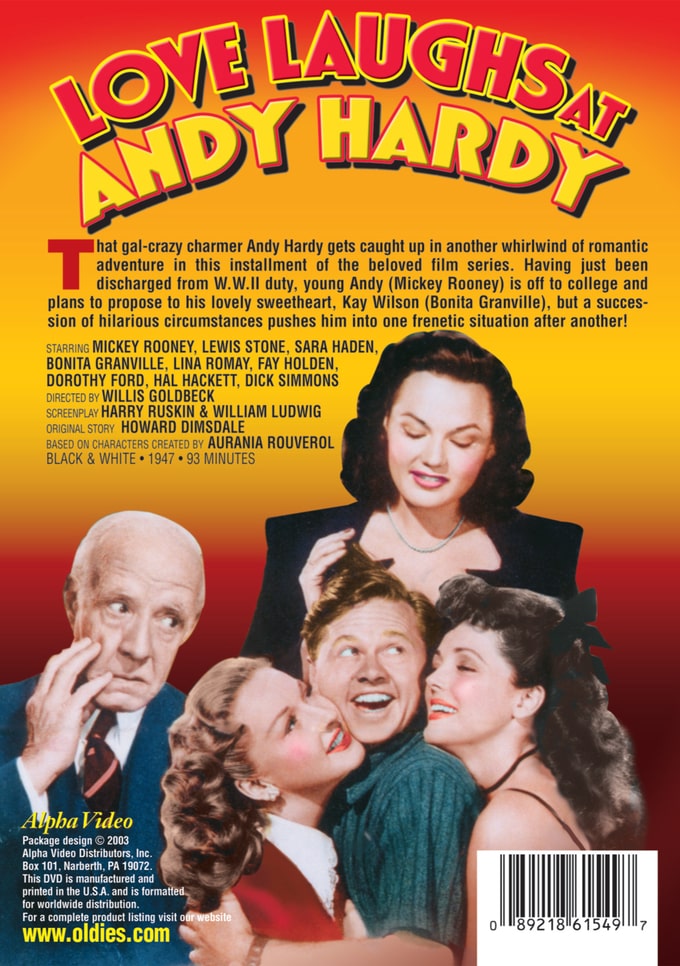 That gal-crazy charmer Andy Hardy gets caught up in another whirlwind of romantic adventure in this installment of the beloved film series. Having just been discharged from WWII duty, young Andy (Mickey Rooney) is off to college and plans to propose to his lovely sweetheart, Kay Wilson (Bonita Granville), but a succession of hilarious circumstances pushes him into one frenetic situation after another!

The final film of the original Andy Hardy series finds the boyish protagonist unlucky in love once again. Andy (often considered one and the same as Mickey Rooney himself) has just returned home after serving in World War II. His latest plan is to go to college and marry the girl of his dreams, Kay Wilson (Bonita Granville). A series of hilarious mistakes, hijinks, and misfortunes stack up against the well-intentioned romancer. For example, Kay reveals that she already engaged to someone else. Wounded, Andy considers fleeing to South America, but opts instead to stay put, and falls for a South American beauty (Lina Romay) instead. This features the original cast, including Lewis Stone as Andy's wise father.

Both Mickey Rooney and his alter ego Andy Hardy have
returned from military service in this post-war continuation of
Hardy saga. Hardy, now in college and on the brink of marriage
jilted by his campus girlfriend Kay Wilson, played by Bonita
Granville. Andy is ready to head for South America when a bit
South America in the person of Isobel Gonzales, played by Lina
Romay, comes north and convinces Andy to stay. Andy's
jitterbugging with a six-foot partner is memorable.

Campus Life | Vintage | World War II
This product is made-on-demand by the manufacturer using DVD-R recordable media. Almost all DVD players can play DVD-Rs (except for some older models made before 2000) - please consult your owner's manual for formats compatible with your player. These DVD-Rs may not play on all computers or DVD player/recorders. To address this, the manufacturer recommends viewing this product on a DVD player that does not have recording capability.

16%off
The Rules of Attraction
$8.40 Super Savings
Add to Cart

The Rules of Attraction (Blu-ray)
$9.90 Super Savings
Add to Cart

Customer Rating:
Based on 22 ratings.


Love the Andy Hardy movies (and there's a lot of 'em) people need to understand (especially younger people) that not all movies were filmed in HD.


My late Uncle, in the south Pacific during World War II, used to talk about how he used to dream about coming home and watching the latest Andy Hardy movie. "I figured I would REALLY be home when that happened." When "Love Laughs at Andy Hardy" came out in 1946 though, it seemed that the world had already passed it by. The last movie of the series, (there was a reunion flick in the late 1950s), Mickey Rooney was in his mid-20s when this was released. Not a bad movie by any strech of the imagination, it is a rather wistful look back on an America that probably never really existed, but one which everyone wished had. Alpha's print is in great shape and this is one of the few Hardy movies available on DVD. Highly recommended and a good introduction to those who have never seen an Andy Hardy movie.