Between the innocent, the romantic, the sensual, and the unthinkable. There are still some things we have yet to imagine. 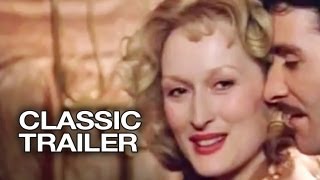 Faithfully adapted from Willian Styron's best-selling novel, Alan J. Pakula's handsome production charts the course of an eccentric and intense love triangle in 1947 Brooklyn, New York. Meryl Streep won an Academy Award for her carefully nuanced performance and perfect accent as Sophie, a Polish survivor of WWII concentration camps who harbors a devastating secret. The film is told through the eyes of aspiring Southern author Stingo (Emmy-nominated Peter MacNichol of TV's ALLY MCBEAL) who moves to New York and strikes a friendship with Sophie and her boyfriend Nathan--played by Kevin Kline in his debut screen role.

The film follows Stingo, an aspiring young writer who moves to New York just post-WWII to a Brooklyn boarding house where he becomes friends with Nathan Landau (Kevin Kline), a Jewish research chemist and Nathan's girlfriend, Polish refugee Sophie Zawistowska (Meryl Streep). Nathan and Sophie's relationship is clouded by Nathan's violent behavior, his uncontrollable jealousy, and Sophie's unexpressed but troubling memories of her war experience. Her stories about her life during the war begin to unravel, exposing her as a liar and adding a tone of mystery to the strained relationship between Nathan, Stingo, and herself. The film culminates in a flashback reflecting the horrors of the war and the true cause of Sophie's insufferable pain. Director Alan J. Pakula's film, a departure from his conspiracy and suspense dramas, was an adaptation of William Styron's best-selling novel and the story itself was based on his experiences as a southerner living in Brooklyn in 1947.

19%off
Judgment at Nuremberg
$20.30 Super Savings
Add to Cart

63%off
My Little Pony
Escape from Catrina and Other Adventures
$4.78 Spring Sale
Add to Cart