It's Here AT LAST! 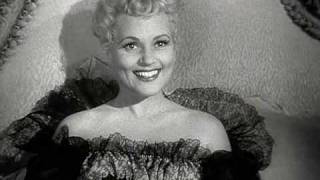 Judy Holliday reprises her Broadway role in this fresh and entertaining comedy based on Garson Kanin's play, directed by George Cukor. Although reputedly not the first choice for the film role, Holliday won an Academy Award for her priceless portrayal of a "dumb but savvy" blonde who outsmarts the man who attempts to control her. Junk tycoon Harry Crock (Broderick Crawford) uses his ignorant and naive mistress, ex-chorus girl Billy Dawn (Holliday), as a front for his shady deals but finds himself embarrassed to travel in Washington society with his illiterate paramour. Crock hires a journalist (William Holden) who agrees to educate Billy. Holliday is delightful in her transformation to a woman of intellect and culture; the Pygmalion-like story is filled with laughs and sexual innuendo. Billy is an apt pupil and the brutish Crock is the loser in the love game in this appealing, deft film.

Judy Holliday is a riot as the blissfully ignorant girlfriend of a controlling scrap iron tycoon (Broderick Crawford) who hires journalist William Holden to tutor her to smooth out the rough edges. Yet the tables get turned in this winning romantic comedy on just who-is-controlling-whom. BORN YESTERDAY is based on Garson Kanin's Broadway play in which Holliday also starred; she won an Oscar for her film role.

It Happened One Night (DVD)
$13.10 Super Savings
Add to Cart