Monty Python And Now For Something Completely Different PG

If the Motion Picture Industry dies… Monty Python killed it! 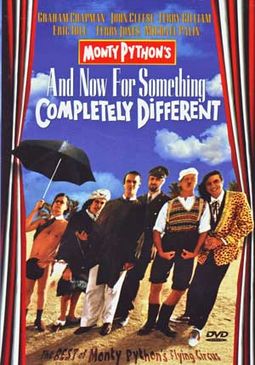 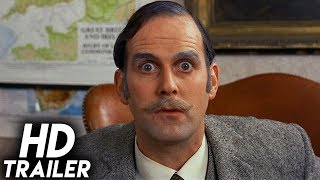 And Now for Something Completely Different (1971) ORIGINAL TRAILER [HD 1080p] 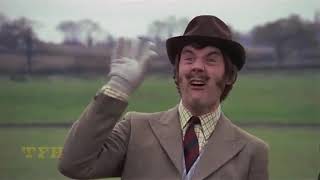 Brian Trenchard-Smith on AND NOW FOR SOMETHING COMPLETELY DIFFERENT (Featurette) 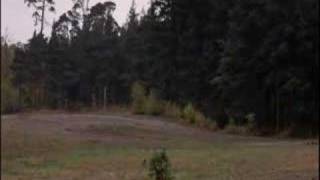 Now for something completely different (Clip)

Monty Python is actually a comedy troupe consisting of British actors Graham Chapman, John Cleese, Eric Idle, Terry Jones, Michael Palin, and American Terry Gilliam (BRAZIL, 12 MONKEYS). The troupe evolved from the Cambridge Footlight Society, a theatrical comedy troupe at Cambridge University. The collective was groundbreaking both in terms of its offbeat acting styles and radical approach to the most controversial subjects of the time, among them sex, politics, and race. Most of the Pythons have gone on to successful careers in entertainment, writing, acting, directing, and more.

AND NOW FOR SOMETHING COMPLETELY DIFFERENT consists of some of Monty Python's funniest sketches from their earliest years together. Director Ian MacNaughton leads John Cleese, Graham Chapman, Michael Palin, Eric Idle, Terry Jones, and Terry Gilliam on a hysterical romp through familiar Python locales. This includes pet shops; marriage counselor offices; odd London streets; upper-class twits; old ladies on motorcycles, fighting off milkmen; bank robbers; crazy flashers; dirty forks; and killer jokes. The sketches have been re-created for the big screen, without the ever-present laugh track, but are still loaded with Gilliam's outrageously funny surreal animation. (Gilliam went through a plethora of different career paths before becoming a director, and at one point was working as an illustrator in a Los Angeles advertising agency.) As in the television show, the skits are linked together through clever animation as well as by characters in uniform (Graham Chapman, in this case) proclaiming, "I'm warning this film not to get silly again." Among Monty Python's favorite targets are the military, the police, the British government, the courts, Mao, Uncle Sam, and television reporters. As always, there are lots of men in drag. Even the closing credits are a riot. But watch out for that 16-ton weight! AND NOW… is a perfect introduction for the viewer who is new to Monty Python's unpredictable comic stylings and brilliant wit in performance.

16%off
Benny Hill
The Best of Benny Hill
$8.40 Super Savings
Add to Cart