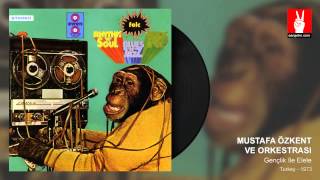 Turkish psych/funk instrumental classic. Originally released in Turkey 1973, Özkent's masterpiece (creation) of an all instrumental Turkish psychedelic funk album, filled with classic beats and breaks still inspires long-time fans and first time listeners. The funky rhythms, hypnotic percussions, and heavy break beats makes this a holy grail amongst DJ's and music fans alike. Only a handful of copies from the original pressing are known to still exist making this reissue a welcome addition to any record collection. The concept is very complicated, futuristic and free from categorization. Traditional folk songs mixed with rock, jazz, blues, funk and psych. Özkent took traditional Turkish folk songs and reconstructed them for the new "hip" generation. It was recorded live in just one day with some of the best studio musicians in Turkey.

25%off
The Dubliners
Very Best of Original Dubliners [Import]
$8.98 on Sale
Add to Cart

29%off
The Irish Rovers
Irish Rovers' Greatest Hits
$8.49 on Sale
Add to Cart