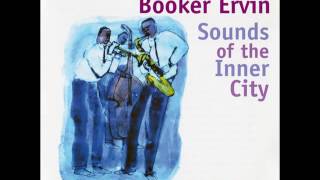 Trumpeter Booker Little's style incorporated elements of Hard-Bop and Avant-Garde, while Booker Ervin's tenor saxophone poured out a distinctive emotional tone. Together, they meld their unique styles to give a fresh treatment to their own individual compositions as well as classics like "Stardust."

Personnel includes: Booker Little (trumpet); Booker Ervin (tenor saxophone).
Includes liner notes by Mark Marymount.
Personnel: Booker Little (trumpet).
Liner Note Author: Mark Marymont.
Recording information: 1960.
Two masters of hard bop, trumpeter Booker Little and tenor saxophonist Booker Ervin, square off on this 1960 session reissued by Collectables as Sounds of the Inner City. This date has been released under various titles over the years since its original inception as Teddy Charles' New Directions Quartet Featuring Booker Little and Booker Ervin. Most of the material is straight-ahead bop under the leadership of vibraphonist Teddy Charles with Mal Waldron on piano, Addison Farmer on bass, and Ed Shaunesssy on drums. This is a noteworthy reissue considering that there are so few instances of Little's lyrical trumpet style and Ervin's passionate tenor recorded together. Original compositions include Ervin's "Scoochie," Little's "The Confined Few" and "Witch Fire," Shaunessy's "Blues de Tambour," pianist Ahmad Jamal's "Cycles," plus the standard "Stardust" (receiving an especially melancholy treatment.) The only complaint is the lack of liner notes, which excludes information on personnel and session history. ~ Al Campbell