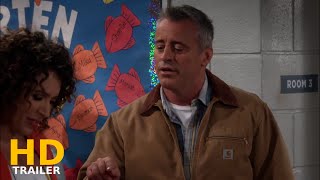 Adam's (Matt LeBlanc) self-assured wife, Andi, has gone back to work, forcing him to deal with the startling discovery that his three school-age little angels are maniacs, all the while trying to run a contracting business with his troublemaker brother, Don. In the midst of all this, Adam also has to deal with his strong-willed and opinionated father, Joe, who enjoys giving him terrible advice about how to run his life. With Andi's encouragement, and help from an unlikely friend Lowell, Adam takes charge of his brood, lays down the law, and discovers he's going to nail this job.
This product is made-on-demand by the manufacturer using DVD-R recordable media. Almost all DVD players can play DVD-Rs (except for some older models made before 2000) - please consult your owner's manual for formats compatible with your player. These DVD-Rs may not play on all computers or DVD player/recorders. To address this, the manufacturer recommends viewing this product on a DVD player that does not have recording capability.