The Vibrant, Pulsing Story of a Woman Escaping Her Past! 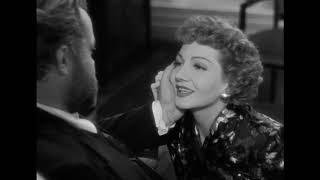 Soon after the end of World War I, Elizabeth MacDonald receives a telegram that her husband John has been killed in action just before peace was declared. She later succumbs to a fainting spell, not as a reaction to her husband’s death, but because she’s expecting a child. Still heartbroken and longing to preserve John’s memory, she brings a boy into the world and names him "John Andrew" after his father, "Drew" for short.

Twenty years later and on the eve of World War II, the remarried Elizabeth is about to get a shock— John is not dead! With a shattered body and a determination to forget the past, John now goes by the name "Erik Kessler," and unintentionally re-enters her life. But with the onslaught of Nazi aggression in Europe, the once happy couple must now confront new challenges together as Drew makes plans to fight with the RAF against Germany.

With a screenplay by Lenore Coffee (Four Daughters), Tomorrow is Forever provided an incredible acting showcase for "Renaissance man" Orson Welles as the enigmatic Kessler and Claudette Colbert as Elizabeth, a woman determined not to let another war tear her family apart. The drama also boasts fine support from George Brent, Lucille Watson, Richard Long (in his film debut), and a seven-year-old Natalie Wood (Miracle on 34th St).

Directed by Irving Pichel (The Most Dangerous Game), Tomorrow is Forever remains beloved by classic film fans for its exquisite music score by Max Steiner (Casablanca), and for its masterful blend of romance, suspense and sentiment in its depiction of a family whose lives are tested by the tragedies of war.

25%off
Bulldog Drummond's Secret Police
$5.95 on Sale
Add to Cart

All Quiet on the Western Front
$6.40 Super Savings
Add to Cart