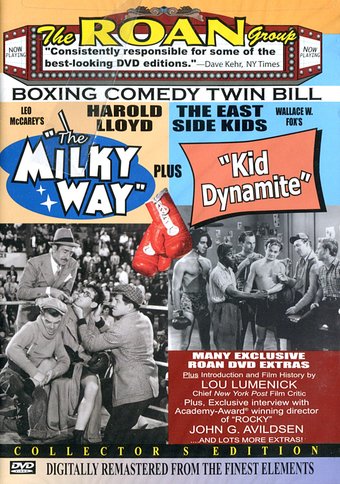 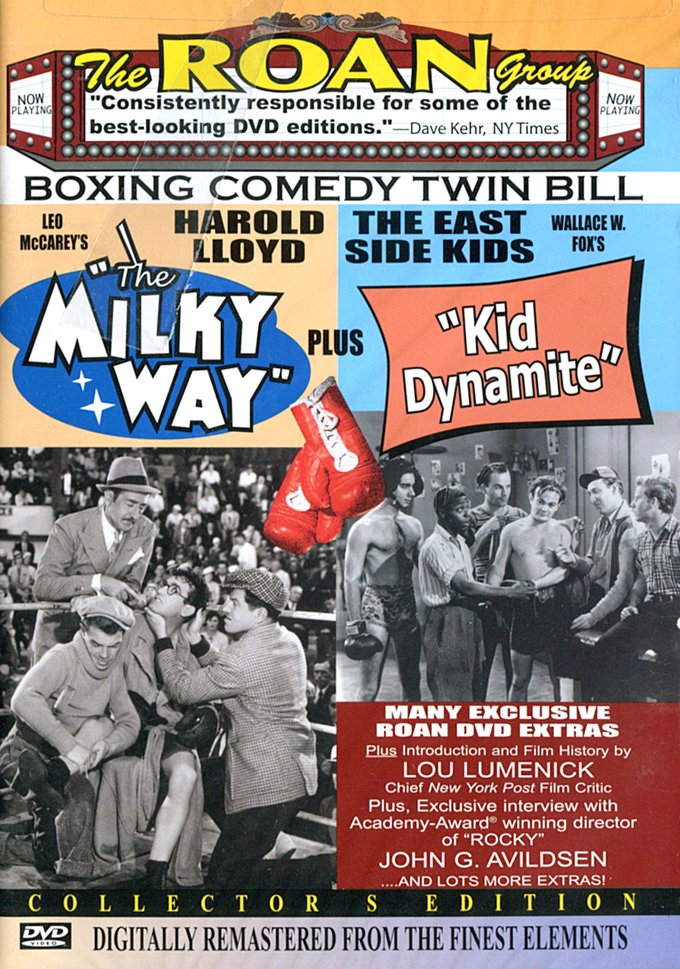 THE MILKY WAY: Director Leo McCarey's charmingly funny THE MILKY WAY stars the fabulous silent-film comedian Harold Lloyd in one of his first talkies. Softie milkman Burleigh Sullivan (Lloyd) ducks at just the right moment during a brawl, and the avoided punch knocks out champion boxer Speed MacFarlane, setting Sullivan in the spotlight as a new boxing wonder. The champ's tricky manager takes control of the PR disaster, trains the milkman in a series of marvelously comic episodes, fixes easy wins in the ring, and finally sets Sullivan up against the champ in an event that will prove once and for all who the real champ is.

KID DYNAMITE: The Bowery Boys (East Side Kids) return for another adventure when East Side boxing champion Mugs (Leo Gorcey) answers a challenge to a fight by the West Side champ, but is kidnapped before the match. His friend Danny Lyons (Bobby Jordan) takes his place and wins the fight, only to have Mugs believe that Danny was responsible for his kidnapping.

They Made Me a Criminal / Lady Gangster (DVD)
$8.70 Super Savings
Add to Cart