Oh Sees Memory of a Cut Off Head

Get email alerts for Oh Sees
Currently Out of Stock: We'll get more as soon as possible
Notify Me When Available
Add to Wishlist
Format:  CD
item number:  6GFA6
91% recommend us! 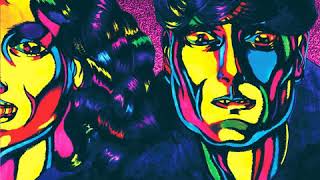 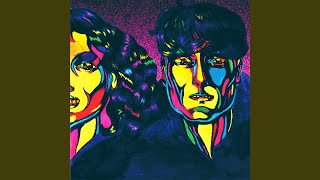 Memory Of A Cut Off Head (Music Video)

Magnet
"[S]onically and lyrically, MEMORY OF A CUT OFF HEAD comes with a bite that has a foreboding, overwhelming sense of existential dread."
Paste (magazine) - "Pretty and understated throughout, with thoughtful string and horn arrangements courtesy of Dwyer associates Heather Lockie and Mikal Cronin, HEAD commutes between pastoral, homestead-y compositions that sound like landscape paintings, and the dreamy baroque-pop of 1960s vanguards."
Pitchfork (Website) - "MEMORY OF A CUT OFF HEAD essentially leaves the amps at home. Instead, it reverses hard into baroque, acoustic, and otherwise more delicate songs of a softer, slower psychedelic vein."

Personnel: John Dwyer (vocals, guitar, flute, Mellotron, percussion); Brigid Dawson (vocals, keyboards); Eric Clark (violin); Heather Lockie (viola); Emily Elkin (cello); Mikal Cronin (saxophone); Thomas Dolas (keyboards); Tim Hellman (bass guitar); Nick Murray (drums); Patrick Mullins (electronics).
Audio Mixer: John Dwyer.
Recording information: Stu Stu Studio, Los Angeles, CA (2016).
Photographer: JPD.
As if he weren't busy enough cranking out records with the Oh Sees, making weird electronic albums as Damaged Bug, and co-running the prolific Castle Face record label, John Dwyer needed another outlet for songs and sounds, so in 2017 he brought the OCS name back to life and released Memory of a Cut Off Head. OCS was the early incarnation of the Oh Sees, making lo-fi and experimental records before the band evolved into a garage punk juggernaut. Memory of a Cut Off Head doesn't revert back to the scruffy, sometimes off-putting sound of those early records; instead, Dwyer and co-conspirator Brigid Dawson take a step away from the pounding power of the Oh Sees in favor of something hazily psychedelic and expansive, a little bit folky and rustic, with every nook and cranny filled by a wide array of instruments meticulously arranged into something that would make the Incredible String Band sit up and take notice. On a batch of songs that retain all the hallmarks of Dwyer's other work (giant hooks, seesawing dynamics, and intense lyrics delivered with a gleeful punch), the duo stacks violins, harpsichord, cello, and keys on top of restrained guitar, bass, and drums, with Dwyer dialing his vocals down to creepy most of the time and Dawson providing lovely harmonies. She also steps to the front on a couple songs that would make Kendra Smith proud, "The Fool" and "Time Tuner," as well as an oddly sunny psych-pop tune, "Lift a Finger," that ends the album on a cheerful note. She and Dwyer fit together like a warped hippie version of Lee & Nancy, or George & Tammy, each complementing the other perfectly. Her contributions show that she should definitely start working on her own stuff soon. Really, they should both work on more OCS music soon, since this album is a trippy, spooky delight. ~ Tim Sendra

Thee Oh Sees
The Cool Death of the Island Raiders
$15.40
Add to Cart