Cyrano is madly in love with Roxanne, knowing that she will never love him because of his huge nose. The film features an Academy Award winning performance by Jose Ferrer. 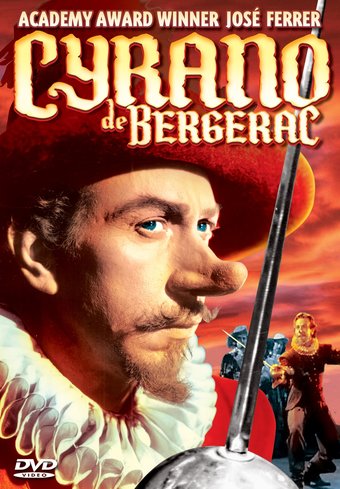 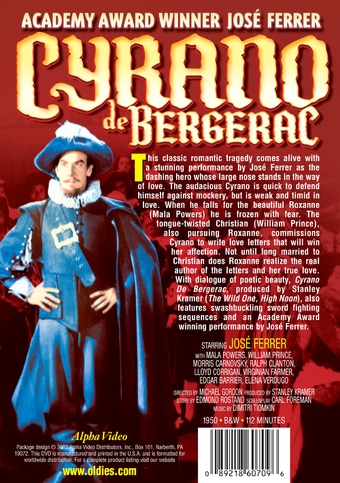 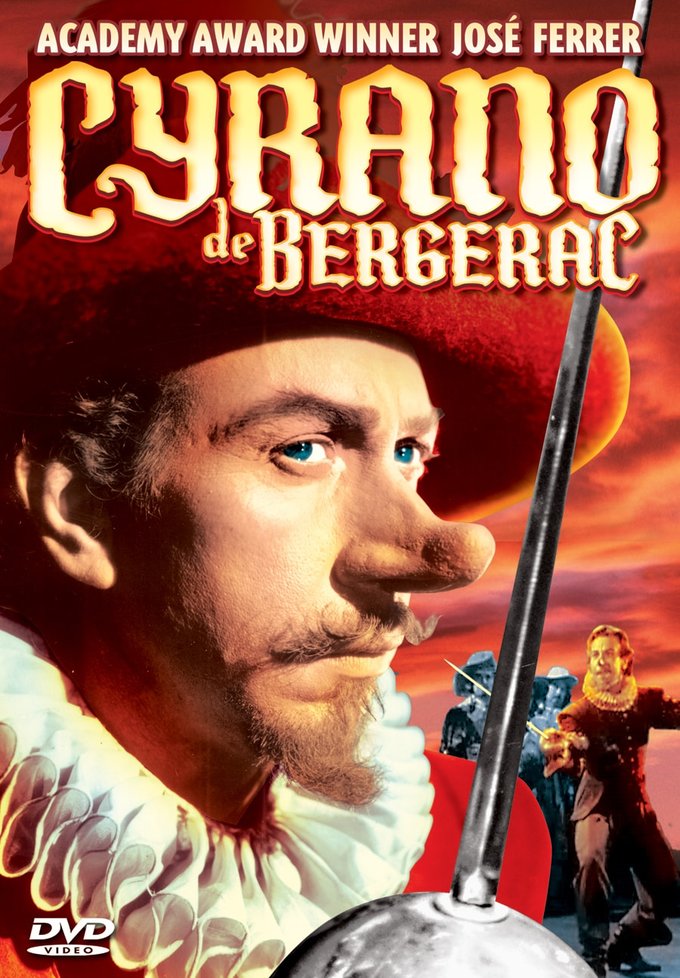 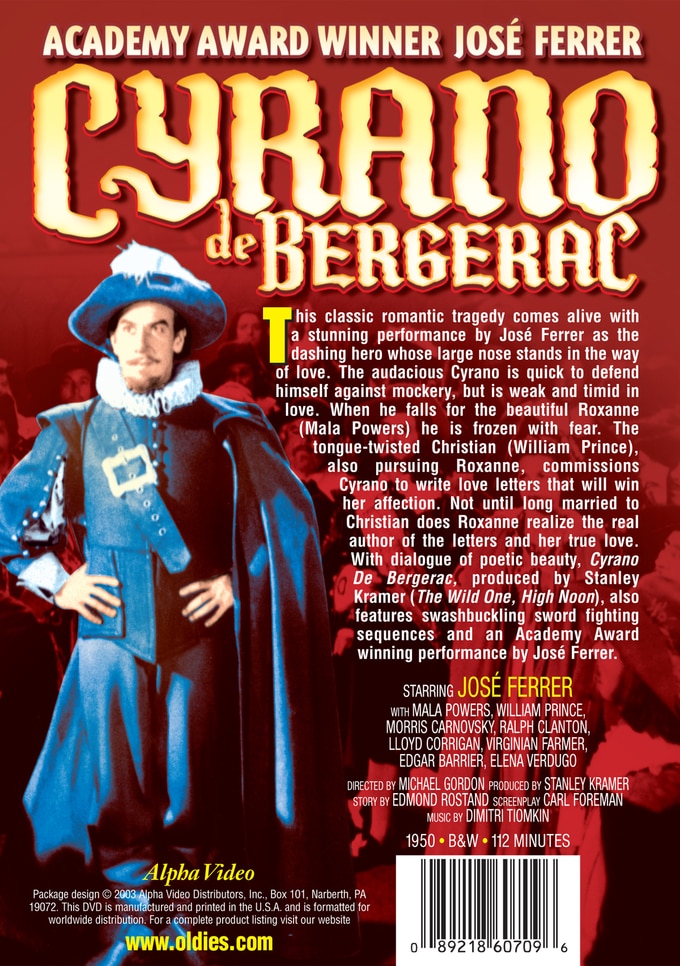 This classic romantic tragedy comes alive with a stunning performance by Jose Ferrer as the dashing hero whose large nose stands in the way of love. The audacious Cyrano is quick to defend himself against mockery, but is weak and timid in love. When he falls for the beautiful Roxanne (Mala Powers) he is frozen with fear. The tongue-twisted Christian (William Prince), also pursuing Roxanne, commissions Cyrano to write love letters that will win her affection. Not until long married to Christian does Roxanne realize the real author of the letters and her true love. With dialogue of poetic beauty, Cyrano De Bergerac, produced by Stanley Kramer (The Wild One, High Noon), also features swashbuckling sword fighting sequences and an Academy Award winning performance by Jose Ferrer.

Jose Ferrer stars as the poetry-spouting soldier with the oversized nose in this faithful adaptation of Edmond Rostand's romantic tragedy. Using the handsome but inarticulate Christian as a conduit for his feelings, the ugly but eloquent Cyrano pours his heart out to the lovely Roxanne. And she, wooed by the beauty of the words, falls in love with Christian, not realizing that is Cyrano whose voice has aroused her passion.

Customer Rating:
Based on 7366 ratings.


The newer Cyrano doesn't hold a candle to Jose Ferrer's tour-de-force classic performance. I taped this off A&E many years ago and now feel very lucky to find it on DVD! If you have any heart in you at all, this wonderful classic will surely touch it. It also has one of the greatest sword fights ever filmed (the second greatest, in my opinion, being that of the one in The Princess Bride, between Cary Elwes (the Dread Pirate Roberts) and Mandy Patinkin (Inugo Montoya, drunken ruffian). If you love REAL classics, finely acted, this Cyrano is for you!


Without a dought the best performance ever by an actor. You can forget the story line altogether and solely admire the increasable character that Jose Ferrer displays. When ever has an actor been asked to display so many characters all in one movie and be flawless in everyone?