East Side Kids Ghosts On The Loose 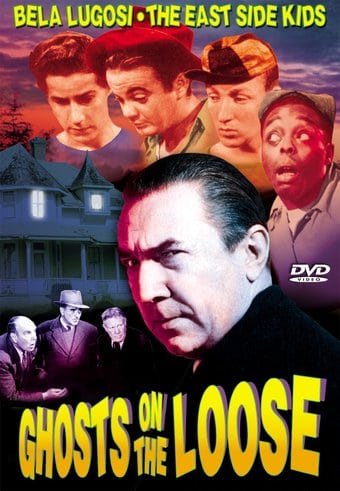 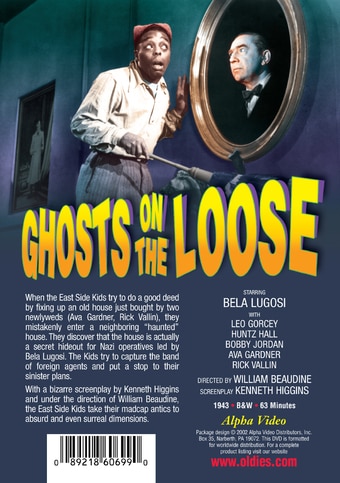 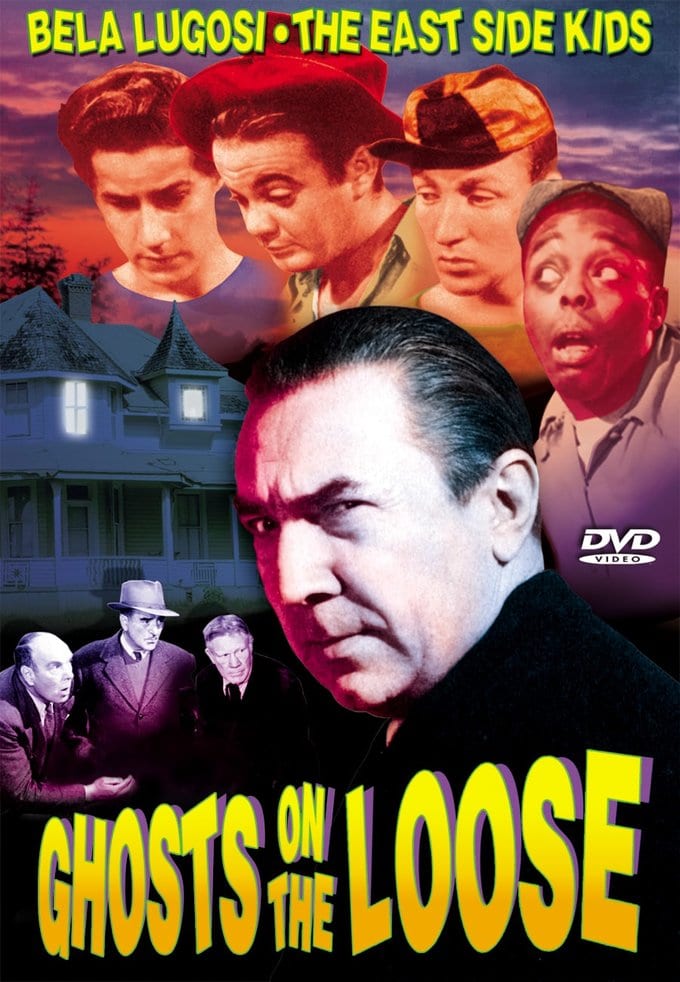 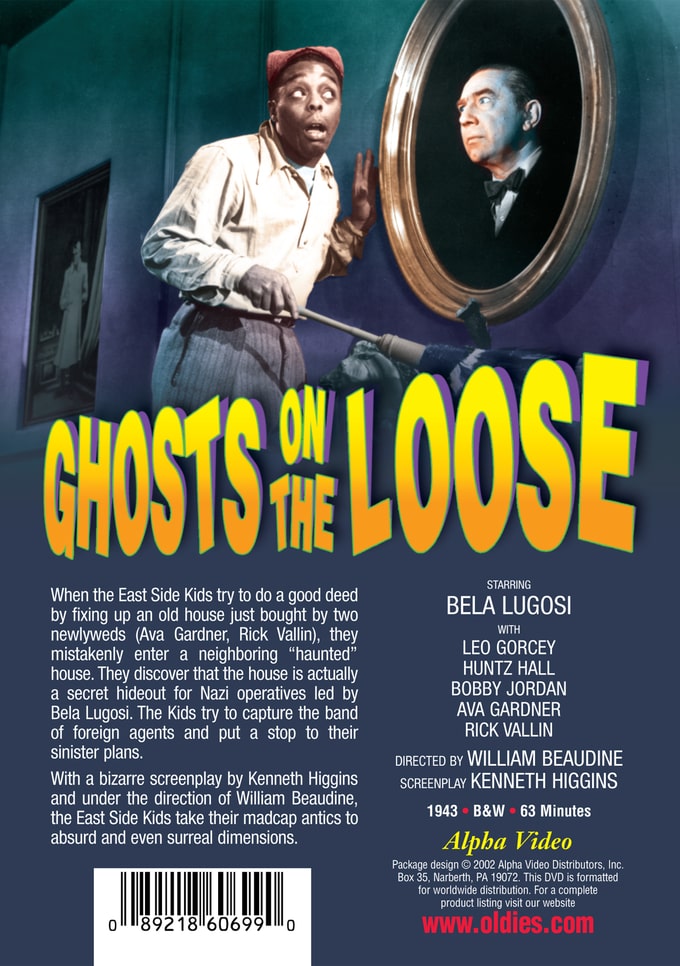 When the East Side Kids try to do a good deed by fixing up an old house just bought by two newlyweds (Ava Gardner, Rick Vallin), they mistakenly enter a neighboring "haunted" house. They discover that the house is actually a secret hideout for Nazi operatives led by Bela Lugosi. The Kids try to capture the band of foreign agents and put a stop to their sinister plans. With a bizarre screenplay by Kenneth Higgins and under the direction of William Beaudine, the East Side Kids take their madcap antics to absurd and even surreal dimensions.

The Bowery Boys (the East Side Kids) end up in comedic horror when they try to renovate a crumbling house for Glimpy's newlywed sister and her husband. When the arrive at the address, they mistakenly start to work on the house next door--which is rumored to be haunted! Instead of ghosts, however, the Boys find a group of Nazi spies, led by Bela Lugosi.

Friends | Buddies | Slapstick | Vintage | Slapstick Comedy | Haunted Houses | Friendships | 1940s | Horror Movies
This product is made-on-demand by the manufacturer using DVD-R recordable media. Almost all DVD players can play DVD-Rs (except for some older models made before 2000) - please consult your owner's manual for formats compatible with your player. These DVD-Rs may not play on all computers or DVD player/recorders. To address this, the manufacturer recommends viewing this product on a DVD player that does not have recording capability.

19%off
Pocketful of Miracles
$16.20 Super Savings
Add to Cart

Customer Rating:
Based on 36 ratings.


I liked it.Haven't seen it in years.I liked the "spooky" old house scenes.Not good as spooks run wild,but enjoyed it.


Monogam's follow up vehicle for Lugosi and the East Side Kids after their entertaining "Spooks Run Wild" is just so disappointing. Basically it's a film where nothing happens. Most of the action in the first half center on the wedding of Huntz Hall's sister! Throughout the second half there are no ghosts, only enemy agents in a cheap looking mansion. Dreary background music is so monotonous and repetitive that it almost put me to sleep. I've tried to like this film because I like Bela and the kids but it's a film that just won't cooperate!