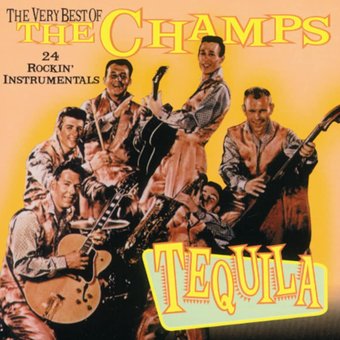 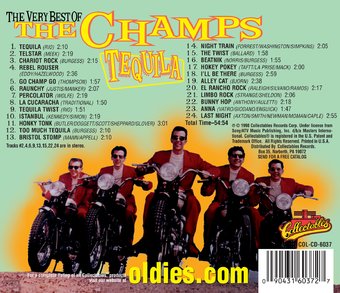 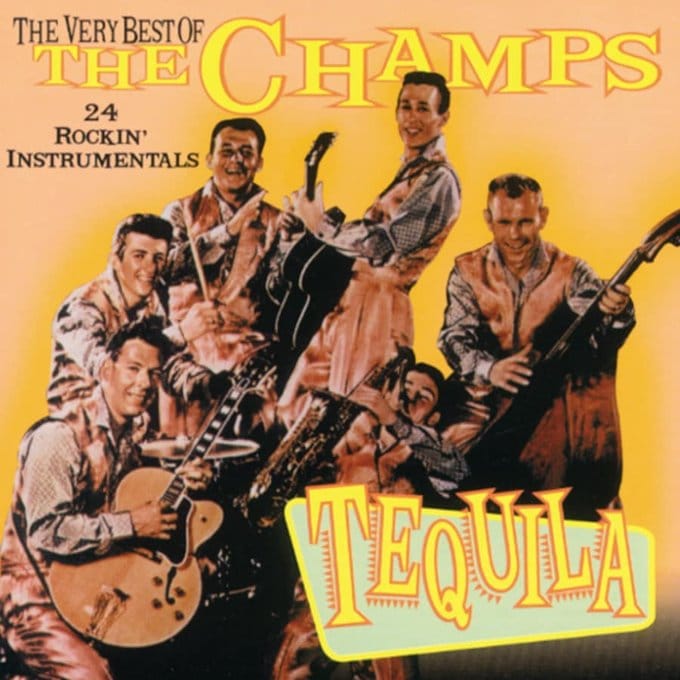 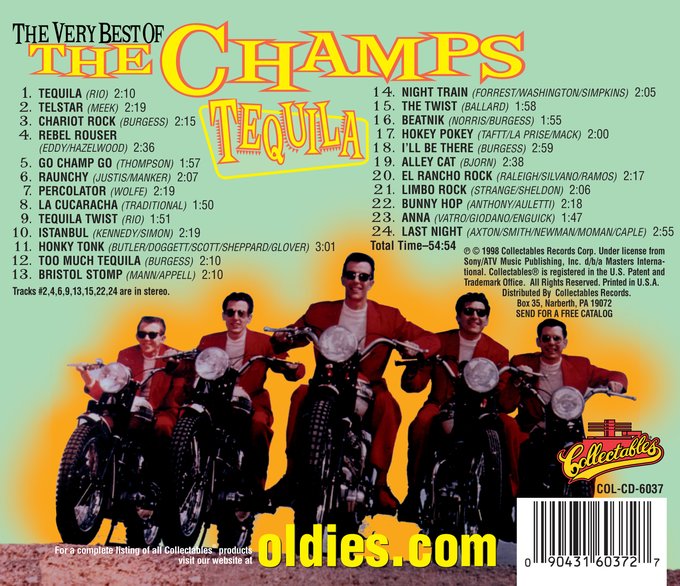 One of the premier instrumental groups of the late '50s and early '60s, The Champs were the first instrumental group to go to #1 on the Billboard Pop chart with their song "Tequila". The song also won the Grammy for Best Rhythm and Blues Instrumental performance the first year the awards were given out. This is the definitive collection of their work.

Liner Note Author: Mark Marymont.
When it comes down to it, all of the Champs' compilations are essentially interchangeable -- a few tracks may differ, but all of the big songs (namely, "Tequila" and a handful of its spin-offs) are on each disc. And they're almost always called The Best of the Champs: Tequila, Tequila: The Very Best of the Champs, Let's Have Some Tequila!, Tequila: The Champs Greatest Hits, Who's Up for Tequila?, Rockin' Tequila, Tequila Hits, Gimme That Tequila or some other clever variation on "tequila" and "hits." So, it's virtually impossible to know which collection is which, but it doesn't really matter since they all deliver the same songs (more or less) in relatively similar audio. Music Club's Tequila: The Very Best of the Champs may be the best choice, since it's concise -- the Champs had one great single, but most of their other recordings were a little run-of-the-mill -- but Collectables' Tequila: The Very Best of the Champs is just as good, and for dedicated rock & roll fans, it may even be a little better, since it contains a generous 24 tracks. It may be too much for the average fan who just wants a good, clean copy of "Tequila," but for those who want to dig deeper, it's not a bad choice, even if the packaging and resmastering leave something to desire. ~ Stephen Thomas Erlewine

The Champs
Tequila: The Champs Greatest Hits
$15.70
Add to Cart