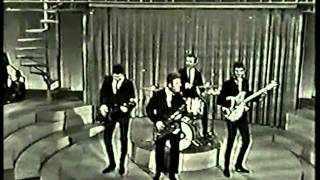 The Knickerbockers were a New Jersey group who became notable as one of the first American bands to successfully evoke the sound of The Beatles and other British Invasion acts. When they hit the charts with "Lies", many fans thought they were hearing a new song from Fab Four. This collection brings together the best of the work they recorded originally for Challenge Records in the mid-'60s.

Hot
The Standells
Hot Hits & Hot Ones: Is This the Way That You Get Your High?
$12.98 on Sale
Add to Cart

The McCoys
Hang On Sloopy!
$6.70 Super Savings
Add to Cart

The Knickerbockers
Jerk And Twine Time (Mono)
$24.20
Add to Cart