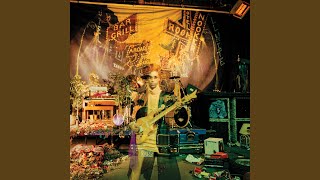 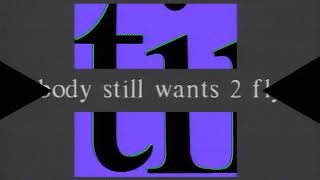 Personnel: Prince (vocals, various instruments); Lisa Coleman (vocals, sitar, wooden flute, keyboards); Sheila E. (vocals, percussion); Susannah, Jill Jones, Sheena Eastson, Camille (vocals); Wendy Melvoin (guitar, percussion, background vocals); Mico Weaver (guitar); Eric Leeds (saxophone); Atlanta Bliss (trumpet); Greg Brooks, Wally Safford, Jerome Benton, Gilbert D., Coke J., Todd H., Susan R., Mike S., Brad M., The Penguin (background vocals).
Engineers: Susan Rogers, Coke Johnson, Prince.
Principally recorded at Paisley Park, Minneapolis, Minnesota and Sunset Sound, Los Angeles, California.
Personnel: Eric Leeds (saxophone); Atlanta Bliss (trumpet).
Audio Remasterer: Bernie Grundman.
Photographer: Jeff Katz.
Arranger: Prince.
After an adventurous run through fields of Beatlesque psychedelia, Prince seemed ready to get back to the task of creating the epic that both his audience and adoring critics had been demanding since PURPLE RAIN. Originally put together as a three-LP opus titled CRYSTAL BALL (but pared down pre-release by the picky artist), SIGN O' THE TIMES wasn't exactly the historic merger of rock and R&B that the world had been expecting. Instead, it played like an ultimate mix-tape of Prince-ly styles--from grinding, house music-inspired funk ("Housequake") to idiosyncratic pieces of irresistibly sweet pop fare ("Starfish And Coffee"). Yet, the man's singular outlook could constantly be identified; and as varied as the music got, that outlook worked as a uniting factor.
Abandoning the Revolution and returning to the one-man-band ethic made the overall sound of SIGN O' THE TIMES far more spare than recent efforts. Various members did make random contributions, and the entire group is featured on a lone live track (the driving extenda-groove, "It's Gonna Be A Beautiful Night"); but Prince seemed adamant about unshackling himself from the responsibilities of being a particular band's leader, and constructed an album that reflected his evolving musical vision, rather than the Revolution's signature sound. Though that sound still rears its head--particularly on "Play In The Sunshine"--on SIGN O' THE TIMES, it's only part of the picture.
The other parts are as discombobulated as Prince the one-man-band had always been. Social relevance as a funky turn ("Sign O' The Times"), spiritual strength as heavy metal gospel ("The Cross"), and sex in every form and position possible were all moves Prince had already done, or at least hinted at. But never before had he delivered these moves with such maturity, or as such a complete package, which is why SIGN O' THE TIMES is undoubtedly among the apexes of Prince's career.

51%off
Prince
Reign of the Prince of Ages
$7.30 Super Savings
Add to Cart