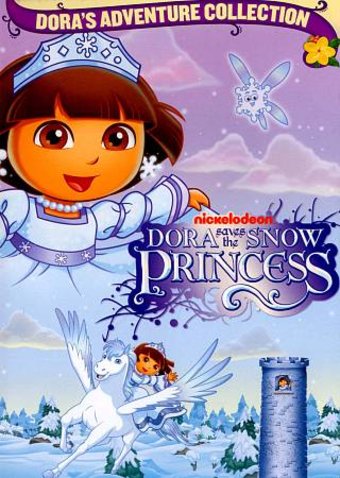 With her cheerful nature, inquiring mind, and colorful fashion sense, Nickelodeon's adorable bilingual heroine DORA THE EXPLORER has charmed both preschoolers and their parents alike. Designed to simulate a computer game, the animated series follows the cute little Latina girl, her monkey pal Boots, and their anthropomorphic cohorts Map and Backpack as they set out on problem-solving adventures that encourage interaction and physical activity while teaching simple concepts such as counting, logic skills, and basic Spanish. In this feature-length adventure, Dora and her pals go on a mission to save the Snow Princess from a diabolical witch. But will they make it in time to prevent the snowy forest from melting'