Mandolin Orange Tides Of A Teardrop 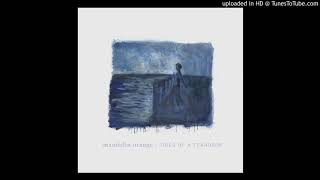 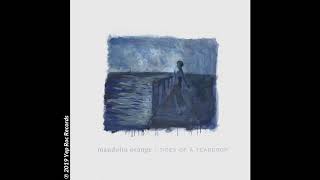 Paste (magazine) - "[A] cozy cradle of acoustics and anecdotes on grief and love....Marlin and Frantz, who share instrumental and songwriting duties, know how to draw maximum emotion from a song."

When a small acoustic group expands their numbers, it's usually with the intention of delivering a bigger and bolder sound, but Mandolin Orange are an act who continue to create a strikingly intimate record as they've expanded their instrumental range. Mandolin Orange started out as the duo of Andrew Marlin (vocals, guitar, mandolin) and Emily Frantz (vocals, fiddle, guitar), but they grew into a full band for 2016's Blindfaller, and they've continued with 2019's Tides of a Teardrop, where they're joined by Josh Oliver (guitars, keyboards, vocals), Clint Mullican (bass, baritone guitar), and Joe Westerlund (drums). However, the addition of a rhythm section and an occasional electric guitar has only reinforced the character of Mandolin Orange's music; their music evokes the sweet, quiet sorrow of late nights, long rides across the plains, and that moment when the snap of autumn begins to give way to the chill of winter. Marlin and Frantz are vocalists who have no trouble finding the emotional textures of a song, and their tales of love and ordinary life (penned by Marlin) are all the more powerful of the subtle details of their unforced delivery, and their harmonies are never showy but always add to the songs. Tides of a Teardrop may sound more flavorful than 2013's This Side of Jordan, but the extra ingredients haven't spoiled the soup, instead using their greater dynamics to deepen and emphasize their emotional peaks and valleys. The careful, nuanced interplay of the musicians is superb, and producer Marlin and engineer Julian Dreyer give the recordings a wide-open ambience that recalls the unobtrusive accuracy of a good bluegrass session with the telling atmosphere of slowcore classics like Low's Secret Name. Plenty of roots-oriented acts can do the high and lonesome thing, but Mandolin Orange make it cut like bourbon and soothe like honey on Tides of a Teardrop, and it's outstanding work from a group that grow more satisfying and accomplished with each release. [The initial edition of Tides of a Teardrop includes a bonus EP, Sing and Play Traditionals, featuring Frantz and Marlin offering spare interpretations of four folk standards. It's not quite as impressive as the material on the album, but the performances are spot-on and they approach the covers with the same emotional honesty as their originals.] ~ Mark Deming

The Handsome Family
Through the Trees
$12.70 CD Sale
Add to Cart