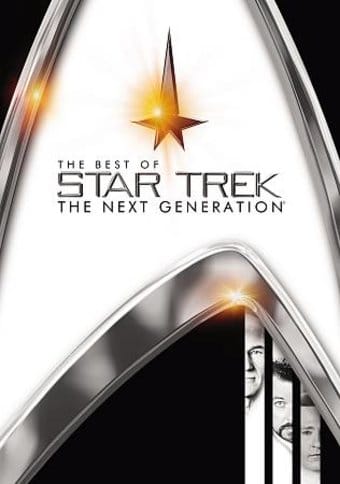 13 ratings
Currently Out of Stock: We'll get more as soon as possible
Notify Me When Available
Add to Wishlist
Format:  DVD
item number:  34VFH
91% recommend us!

Nearly two decades after the cancellation of the original STAR TREK television series, creator Gene Roddenberry launched the first of what was to be four phenomenally successful spinoffs with STAR TREK: THE NEXT GENERATION. Set in the 24th century, the series introduced an all-new cast of intergalactic travelers exploring the farthest reaches out of outer space on a mission to chart new planets and alien civilizations. Ship commander Captain Jean-Luc Picard (Patrick Stewart) anchored the crew of the Starship Enterprise-D with a sensitive reserve that marked a distinct contrast to his trigger-happy predecessor, whose role was assumed by the Kirk-like second-in-command, William Riker (Jonathan Frakes). This collection presents four fan-favorite episodes from the beloved show.

Set in the 24th century and decades after the adventures of the original crew of the starship Enterprise, this new series is the long-awaited successor to the original "Star Trek" (1966). Under the command of Captain Jean-Luc Picard, the all new Enterprise NCC 1701-D travels out to distant planets to seek out new life and to boldly go where no one has gone before.