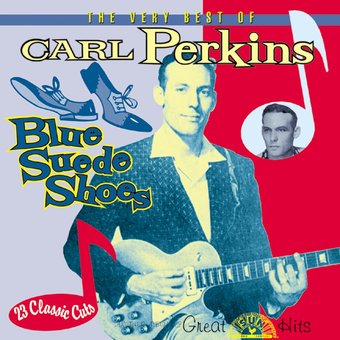 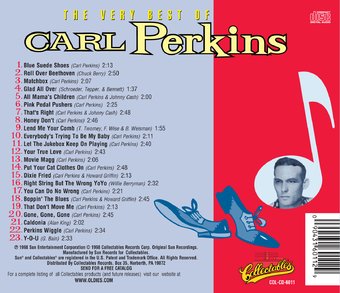 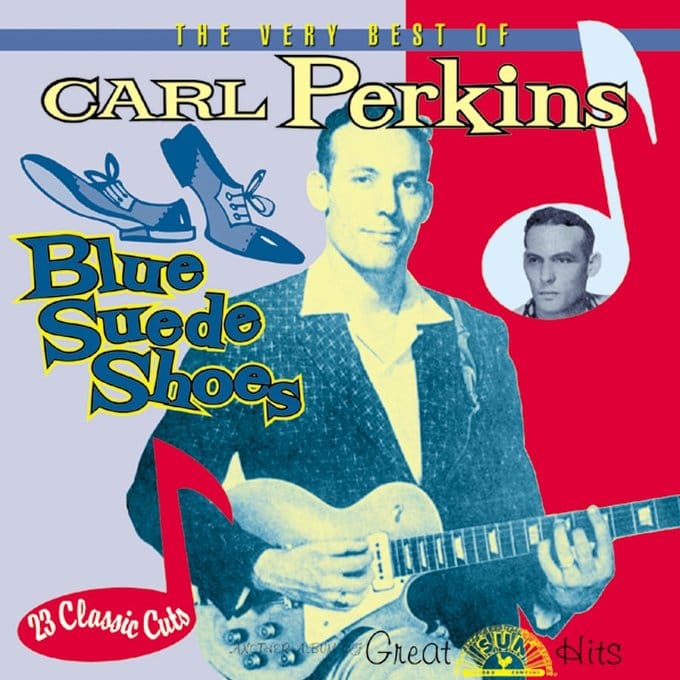 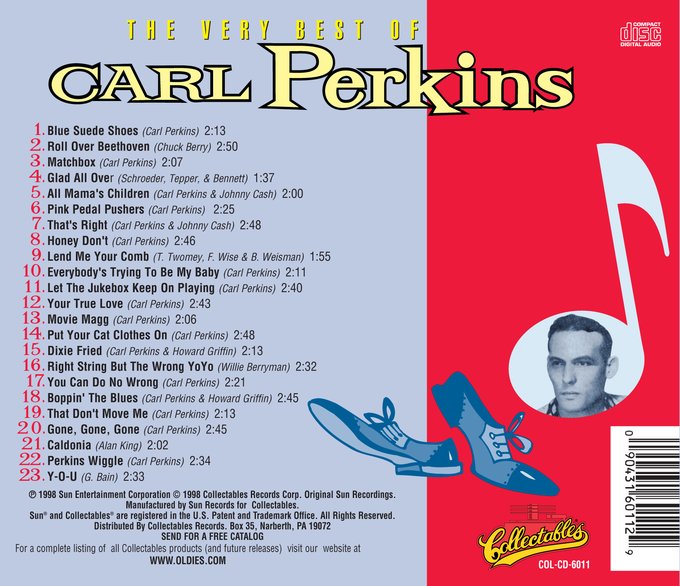 Able to comfortably straddle both the rock and country music worlds, Rockabilly singer/guitarist/composer Carl Perkins was inducted into the Rock and Roll Hall of Fame in 1987. This collection highlights his early (and perhaps most consistent ever) work for Sun Records, including his smash hit recording of his signature songs, "Blue Suede Shoes", "Matchbox" and "Everybody's Trying To Be My Baby".

Includes liner notes by Mark Marymont.
Along with Scotty Moore (Elvis Presley's guitarist), Carl Perkins is rightfully considered one of rock & roll's first guitar greats. Best known for penning the early rock standard "Blue Suede Shoes" (which Elvis later covered and made famous), Perkins is also noted for being an important influence on such future rock purveyors as the Beatles, specifically George Harrison. The budget-priced BEST OF CARL PERKINS (BLUE SUEDE SHOES: THE ORIGINAL RECORDING) doesn't contain all of Perkins' most renowned songs. It's probably best suited for die-hard fans who may want to round out their Perkins catalogs. Neophytes who want a true introduction to this guitar great should try Rhino Records' ORIGINAL SUN GREATEST HITS.