Rolling Stone: 3 Stars (out of 5) - "...Bad Religion's politics remain unchanged....Not exactly cutting-edge radical, but not yet passe, either. And really not too shoddy..." 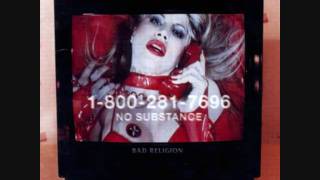 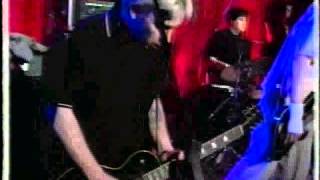 Rolling Stone - 7/9-23/98, pp.137-138
3 Stars (out of 5) - "...Bad Religion's politics remain unchanged....Not exactly cutting-edge radical, but not yet passe, either. And really not too shoddy..."
Entertainment Weekly - 5/8/98, p.76
"...Avoiding the agitprop sloganeering that's the band's stock in trade, Bad Religion presents their audience with hard questions rather than easy answers. Combined with their tuneful, diamond-hard punk rock, it's not only more enjoyable, but genuinely subversive." - Rating: B+

Bad Religion: Greg Graffin, Brian Baker, Greg Hetson, Jay Bentley, Bobby Schayer.
Additional personnel: Campino.
Producers: Bad Religion, Alex Perialas, Ronnie Kimball.
Engineers: Bad Religion, Alex Perialas, Ronnie Kimball.
Recorded at Pyramid Sound, Polypterus Studio, Ithaca, New York.
When Green Day and The Offspring re-introduced the American public to punk in the early '90s, it was only natural that a few old-timers would try to capitalize (witness the Sex Pistols). Bad Religion was one of those who made the jump to the majors with 1993's RECIPE FOR HATE, but it is unfair to accuse them of trying to ride the coattails of their more successful brethren. On their fourth Atlantic release, NO SUBSTANCE, they continue making punk rock music in the same uncompromising style that served them so well for the first 16 years.
Songwriter/ringleader Greg Graffin uses his pen to take on the usual suspects: modern-day disenchantment ("No Substance,") the military-industrial complex ("The Biggest Killer In American History,") and crooked politicians ("Sowing The Seeds Of Utopia.") "The State Of The End…" is built around one of the heaviest punk riffs this side of Bad Brains. And as always, Bad Religion temper their punk rock with a healthy dose of pop melody. The chorus of the call-to-arms "Raise Your Voice!" sounds like it could be sung at Boy Scout meetings across America.