Get email alerts for Godsmack
471 ratings
Currently Out of Stock: We'll get more as soon as possible
Notify Me When Available
Add to Wishlist
Format:  CD
item number:  ZUCL 1001
91% recommend us! 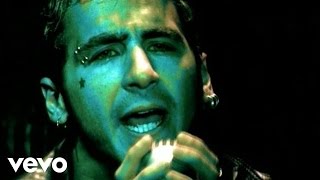 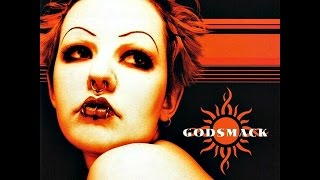 Godsmack: Sully Erna (vocals, keyboards, drums); Tony (guitar, vocals); Robbie (bass); Tommy (drums).
Recorded at New Alliance Studios, Boston, Massachusetts.
Personnel: Godsmack (percussion); Tony Rombola (vocals, guitar); Sully Erna (vocals, keyboards); Tommy Stewart (drums); Mudrock (percussion).
Recording information: New Alliance Studios, Boston, MA.
Boston's Godsmack practices the sort of post-industrial metal made popular by White Zombie and perpetuated by Tool and Alice In Chains. But by mixing the raw riffing of their peers with the machine-gun rhythms of Nine Inch Nails, they distinguish themselves from the pack. On their self-titled major label debut, they demonstrate the commitment to furthering the evolution of metal that won them a loyal fan base in New England.
Singer Sully screams his way through a dozen tunes chock full of chunky guitars and moshing rhythms. In keeping with the tone of modern metal, he sings about his own demons and failings rather than vaguely defined ills of society. While no threat to Dave Mustaine or Cliff Burton, guitarist Tony and bassist Robbie have a commanding presence that emphasizes attitude and power over technique. And drummer Tommy has picked up where Lars Ulrich left off with quirky fills that add a depth to the sometimes two-dimensional rhythms.