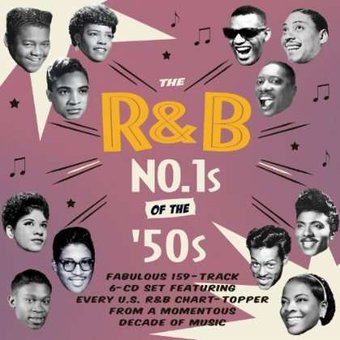 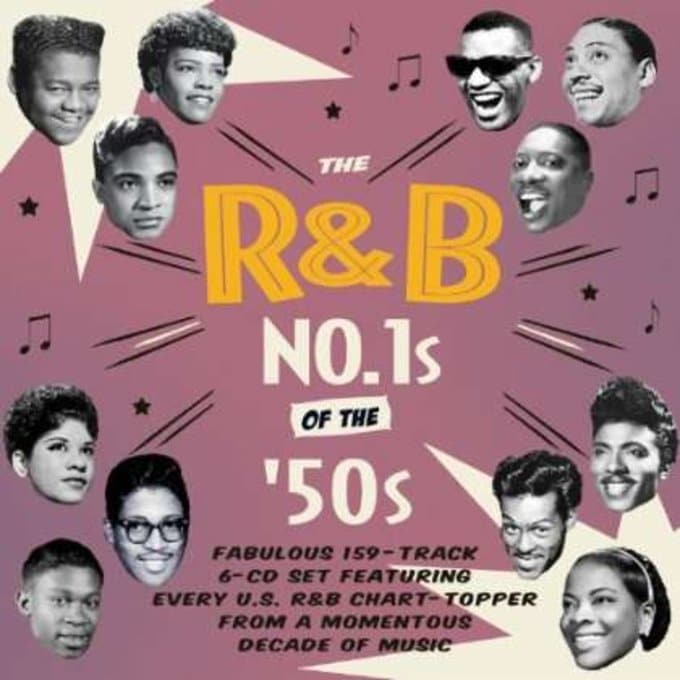 Liner Note Author: Paul Watts.
Acrobat Music is very thorough, and like its previous hits boxes, Country Number Ones of the 50s among them, The R&B No. 1s of the '50s is the last word on its theme. This six-disc, 159-track set includes every single that rose to the number one spot in the Billboard R&B Best Sellers, Airplay, and Jukebox charts during the 1950s. It essentially maps the evolution of modern R&B, and there are many names here that will be familiar to most, including B.B. King, John Lee Hooker, the Platters, the Drifters, Ray Charles, Sam Cooke, Chuck Berry, Fats Domino, and dozens more, making it a wonderful and bottomless treasure box. ~ Steve Leggett