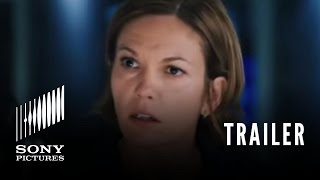 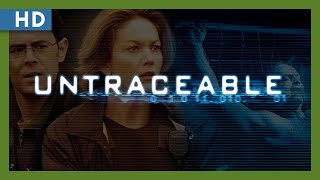 Directed by Gregory Hoblit (FRACTURE, PRIMAL FEAR), UNTRACEABLE follows F.B.I. cybercrimes specialist Jennifer Marsh (Diane Lane) as she attempts to track down a serial killer who brazenly displays his murderous deeds on the Internet. Aided by fellow agent Griffin Dowd (Colin Hanks) and local detective Eric Box (Billy Burke), Marsh tenaciously hunts for the elusive criminal in rainy Pacific Northwest settings, but as she closes in on her target, he deviously finds ways to get closer to her, all the while killing his victims in increasingly faster fashion.

Clearly referencing a number of renowned thrillers--most notably the SAW films, SEVEN, and SILENCE OF THE LAMBS--UNTRACEABLE is far from an original cinematic exercise. However, Lane's steely, smart, and beautiful heroine ably anchors the film, which also benefits from its appropriately gloomy Portland, Oregon, backdrop. As with any effective suspense movie, the thrill is in the chase, with the cold-blooded killer proving to be quite adept at disguising his real location, even as his disturbingly popular site remains prominently on the web (hence the picture's title). Though not up to par with classics such as SEVEN and SILENCE, UNTRACEABLE is a well-crafted genre film that easily eclipses other like-minded fare, particularly FEARDOTCOM and the SAW sequels.