The Rolling Stones Black And Blue

Rolling Stone: 3 stars out of 5 - "[With] some of the most energized performances in the Stones canon." 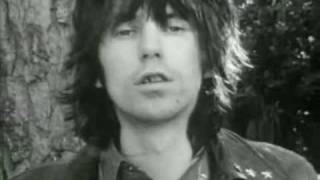 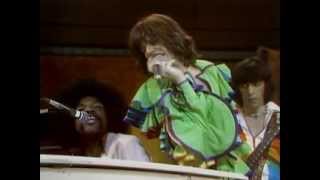 The Rolling Stones: Mick Jagger (vocals, piano, percussion); Keith Richards (vocals, guitar, piano); Ron Wood (guitar, background vocals); Bill Wyman (bass, percussion, background vocals); Charlie Watts (drums, percussion).
Additional personnel: Wayne Perkins (acoustic & electric guitars); Harvey Mandel (guitar); Billy Preston (piano, organ); Nicky Hopkins (piano, synthesizer); Ollie Brown (cowbell, percussion); Ian Stewart (percussion).
Principally recorded at Musicland Studios, Munich, Germany between December 1974 & April 1975.
With BLACK AND BLUE the Rolling Stones geared up for another installment of records as the world's best-loved rock and roll band. Aided by Ronnie Wood's enrollment as foil to Keith's unmistakable guitar, BLACK AND BLUE assured, to those who dared doubt, a new era had begun.
Flavoring their existing rhythm-and-blues format with Caribbean beats and cocktail-swilling pianos, BLACK AND BLUE's strongest moments are in the band's obvious enjoyment. Catering to Mick's lounge-act instincts, "Melody" seems the obvious precursor to "Miss You," allowing Billy Preston's piano and vocal harmony to carry the Stones with a more stylized, less formulaic batch of songs.
BLACK AND BLUE was the resting period which allowed the band to release a followup album with the punch of SOME GIRLS. The casualness of the album's material served as perfect contrast to the Motown-esque stylings of IT'S ONLY ROCK 'N ROLL and allowed the band to save their energy for another decade of releases.