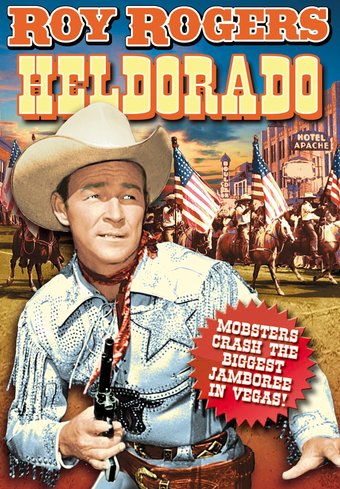 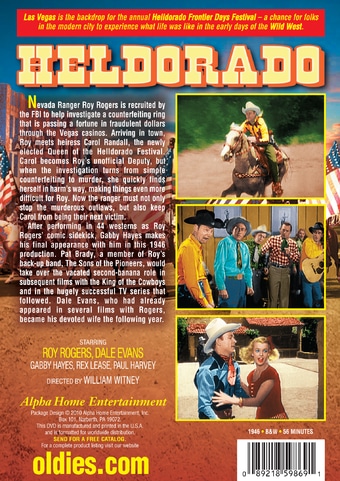 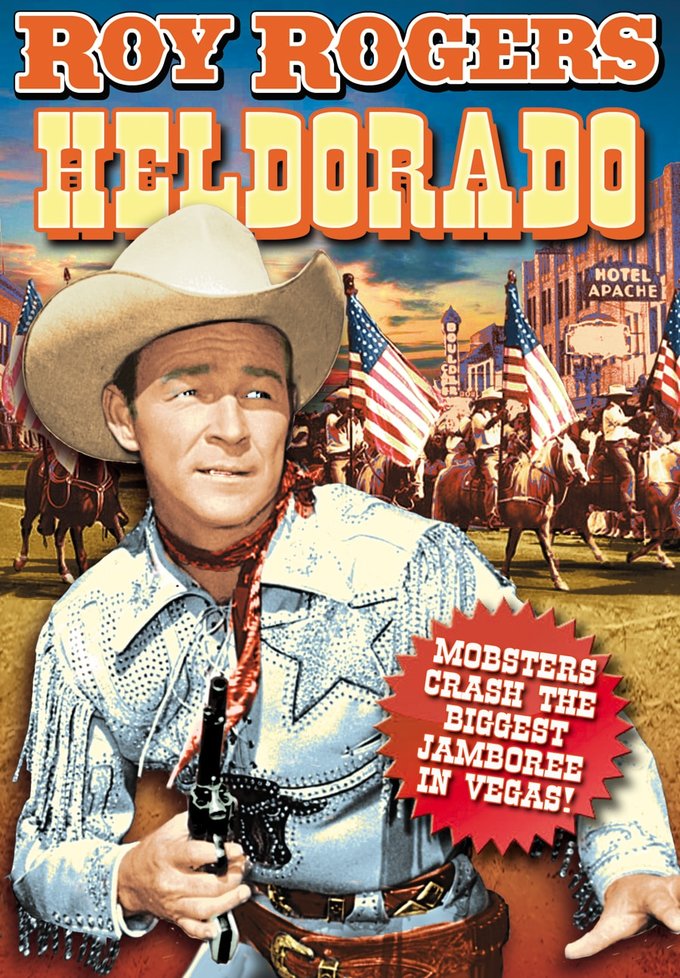 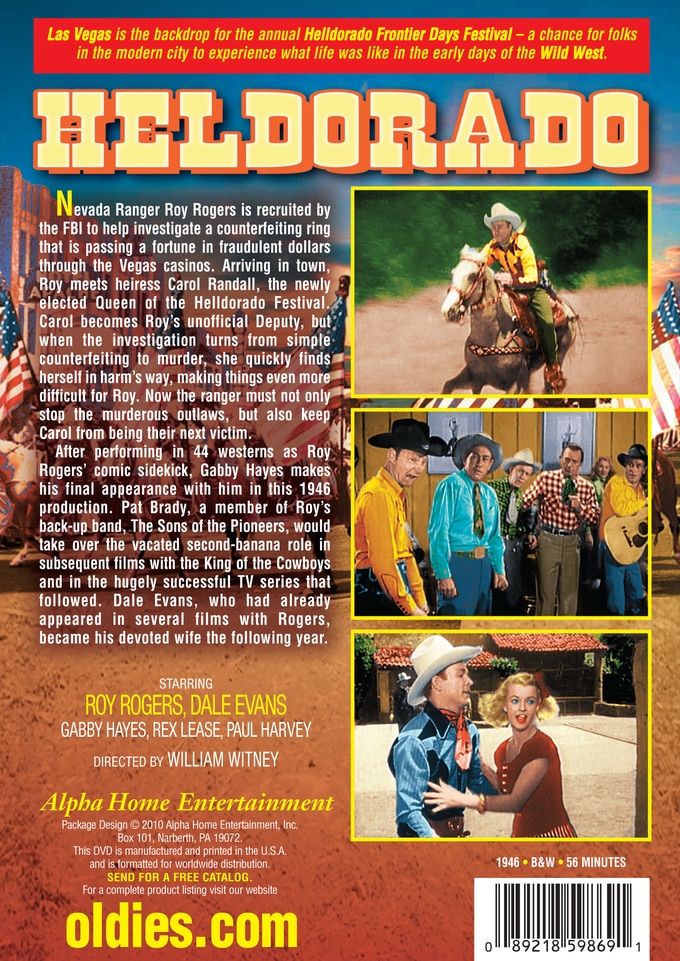 Las Vegas is the backdrop for the annual Helldorado Frontier Days Festival - a chance for folks in the modern city to experience what life was like in the early days of the Wild West.

Nevada Ranger Roy Rogers is recruited by the FBI to help investigate a counterfeiting ring that is passing a fortune in fraudulent dollars through the Vegas casinos. Arriving in town, Roy meets heiress Carol Randall, the newly elected Queen of the Helldorado Festival. Carol becomes Roy's unofficial Deputy, but when the investigation turns from simple counterfeiting to murder, she quickly finds herself in harm's way, making things even more difficult for Roy. Now the ranger must not only stop the murderous outlaws, but also keep Carol from being their next victim.

After performing in 44 westerns as Roy Rogers' comic sidekick, Gabby Hayes makes his final appearance with him in this 1946 production. Pat Brady, a member of Roy's back-up band, The Sons of the Pioneers, would take over the vacated second-banana role in subsequent films with the King of the Cowboys and in the hugely successful TV series that followed. Dale Evans, who had already appeared in several films with Rogers, became his devoted wife the following year.

Roy, Dale, and Gabby go after a group of racketeers in Las Vegas.