The Quarterbacks: Manning, Brady and Favre 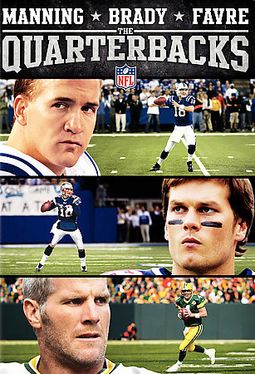 Their records are impressive, their performance on the field is unrivaled, and above all else, their calm-under-pressure attitude is inspiring. Brett Favre, Peyton Manning, and Tom Brady have given football fans some of the most exciting moments in the sport's history and this compilation is a visual journey through their amazing accomplishments. It's a must-have for anyone who follows NFL action.

Three Kings is a tribute to three of the top passers in the NFL Brett Favre, Peyton Manning, and Tom Brady. This action-packed DVD is a 90-minute showcase, detailing their record-breaking performances, Super Bowl triumphs, and ascent to the top of their profession. Taken from the ABC special airing in December, this feature will also include updates from the 2007 post-season along with interviews from the 2007 Pro Bowl.