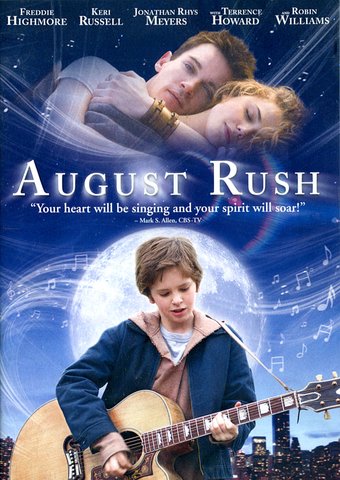 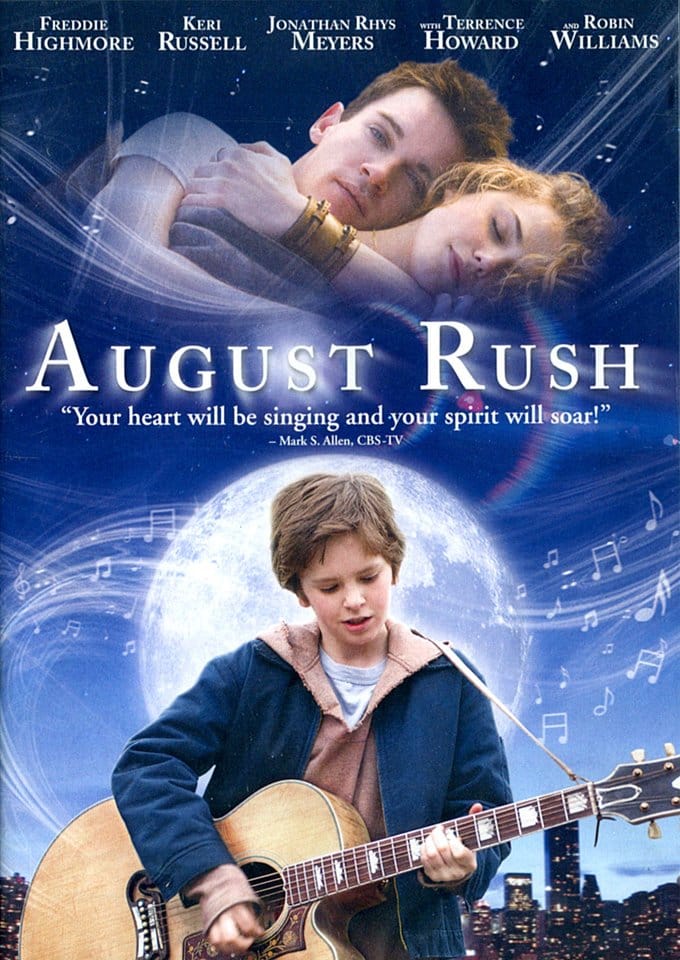 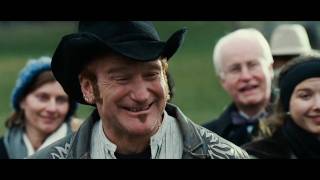 AUGUST RUSH is part romance, part gentle fantasy, but this sweet drama is all heart. When young cellist Lyla (Keri Russell) and rock musician Louis (Jonathan Rhys Meyers) meet at a party in the mid 1990s, it's love at first sight, and they spend the night in each other's arms. But Lyla's father forces them apart, even though she later learns she's pregnant. Later, an accident lands Lyla in the hospital, and though her father tells her that her baby died, the child survives and is given up for adoption. AUGUST RUSH jumps to the present and begins to follow Evan (Freddie Highmore), an 11 year old who has grown up in a boys' home. As Evan embarks on a crusade to find his parents, he imagines he can communicate with them through his gift for music. His journey to New York City brings him into contact with Wizard (Robin Williams), a man eager to capitalize on the child prodigy's talent. Wizard gives Evan the name August Rush as he begins performing all over the city, but the boy's ultimate goal is to find the parents he has never met.

From FINDING NEVERLAND to CHARLIE AND THE CHOCOLATE FACTORY, Highmore has displayed an almost prodigious talent himself. He's a gifted young actor, and this emotional story is the perfect venue for his acting. AUGUST RUSH isn't a film for the cynics, but even the hard-hearted in the audience will have difficulty not being touched by this sentimental film. As in Evan's life, music plays a central role in AUGUST RUSH, and it's tough not to let your heart soar along with the melodies. Though it could draw comparisons to OLIVER! and ANNIE, this is a unique and heartwarming film.

60%off
Oliver! (With Original Motion Picture Soundtrack CD)
$7.98 on Sale
Add to Cart