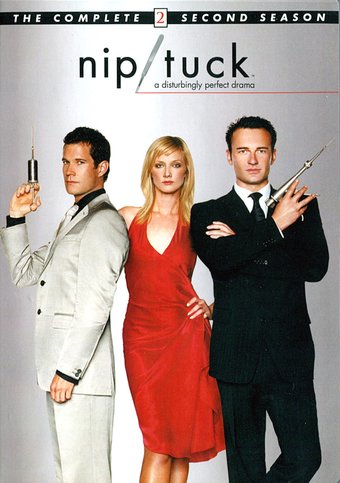 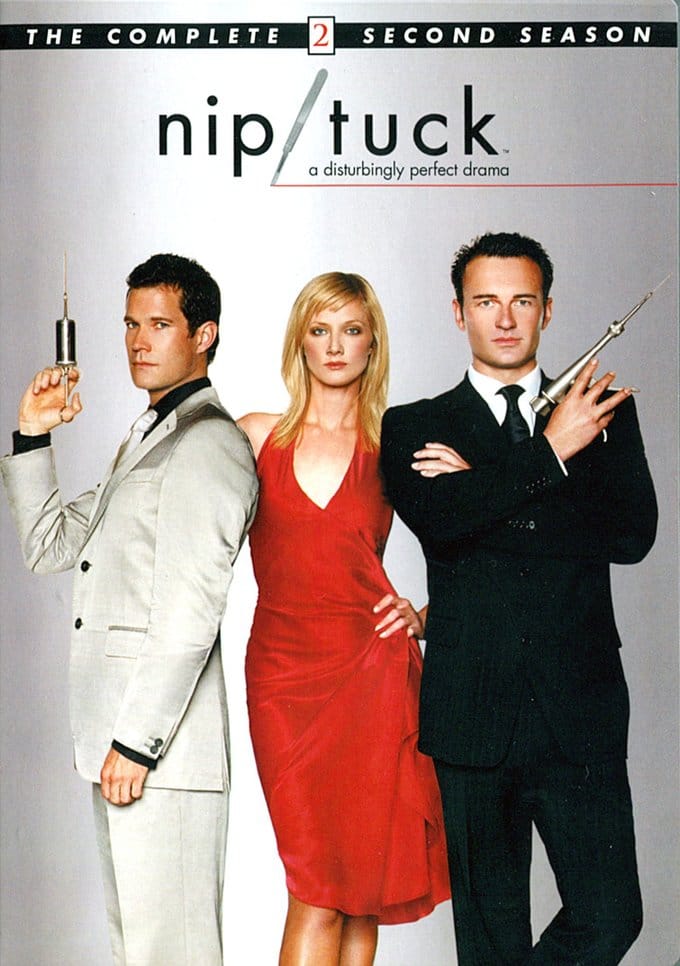 Capitalizing from people's beliefs that life's problems can be fixed through cosmetic enhancement, plastic surgeons Dr. McNamara (Dylan Walsh) and Dr. Troy (Julian McMahon) run a lucrative practice together in South Florida. While they are professionally successful, neither man does a great job managing his personal affairs, with family trouble and illicit affairs (with porn stars and the like) giving NIP/TUCK its dramatic appeal. Things would be a lot simpler if only their own personal demons could be exorcised via the minimally invasive surgery techniques requested by their long list of high-society clients. In season two of this juicy, enthralling FX series, the McNamara/Troy business is put into jeopardy by the surfacing of something hidden in the past. In the midst of this crisis, the pair of hotshot doctors must wrestle with family dramas, paternity tests, and the challenging task of operating on two conjoined adult patients.