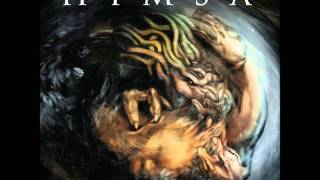 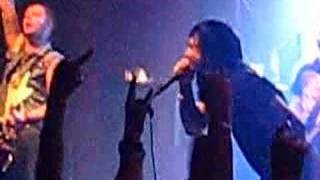 Alternative Press - p.166
3.5 stars out of 5 -- "Each song is infused with both metal and rock 'n' roll elements, which never fail to layer together seamlessly."
Kerrang (Magazine) - p.48
"Bold and dynamic, its the sound of a band revolting against life in metalcore's lower reaches."

Himsa: John Pettibone (vocals); Kirby Johnson, Sammi Curr (guitars); Derek Harn (bass guitar); Chad Davis (drums).
Since the start of their career in the dying days of the second millennium, Seattle's Himsa have been plagued with incessant personnel issues, and though they've somehow managed to withstand a Spinal Tap-like musician turnover rate in order to release four full albums in the early 2000s, their supporters have understandably suffered for it. After all, heavy metal fans may be a loyal bunch, sometimes willing to stick with a band even when they can't be sure who will be taking to the stage on any given night, but loyalty is a two-way street, and Himsa's somewhat amorphous musical signature (or lack thereof), mixing elements thrash, death, metalcore, traditional, and even nu-metal, hasn't helped their cause, either. On the surface, though, 2007's Summon in Thunder would appear to be an attempt to rectify all that, and most will agree that the band (or their current iteration, anyway) does seem focused like never before on establishing a consistent, melodic neo-death/thrash template of their own. But in spite of their impressive musicianship, varied dynamics and tight arrangements, new songs like "Reinventing the Noose," "Haunter," and "Curseworship," are still openly derivative of many other, mostly Scandinavian sources, including the Haunted, Hatesphere, and In Flames. At best, slightly more striking efforts like "Skinwalkers" (featuring a nice acoustic intro), "Hooks as Hands" (containing the best pure thrash riff here), and "Big Timber" (which sounds like some kind of joke, but actually delivers the album's best combination of harmonic guitar lines and absolutely pummeling death/thrash metal), still struggle to stake an individual claim. By the time we reach the closing rounds, unconvincing, almost unfinished sounding tracks like the anemic "Den of Infamy" and the one-dimensional mosh, "Unleash Carnage," have Himsa backed up against the ropes, and not even the closing title track's desperate flurry can keep them off the mat, in the end. So now, the only question that remains is whether Himsa will find the strength to pick themselves back up and fight another day. ~ Eduardo Rivadavia