A collection of rare silent comedies, including the DVD debut of John Kirby Carpenter's silent comedy, "Late For Lunch." 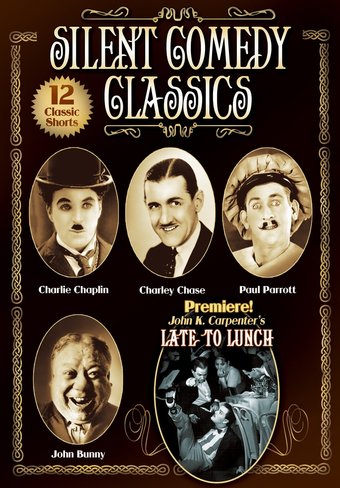 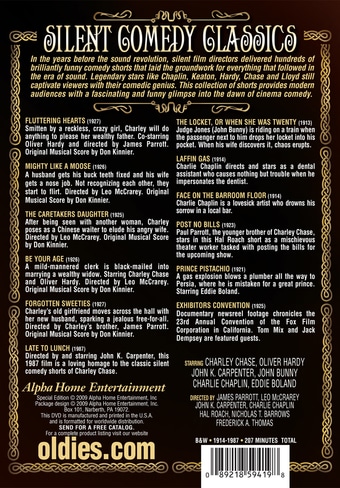 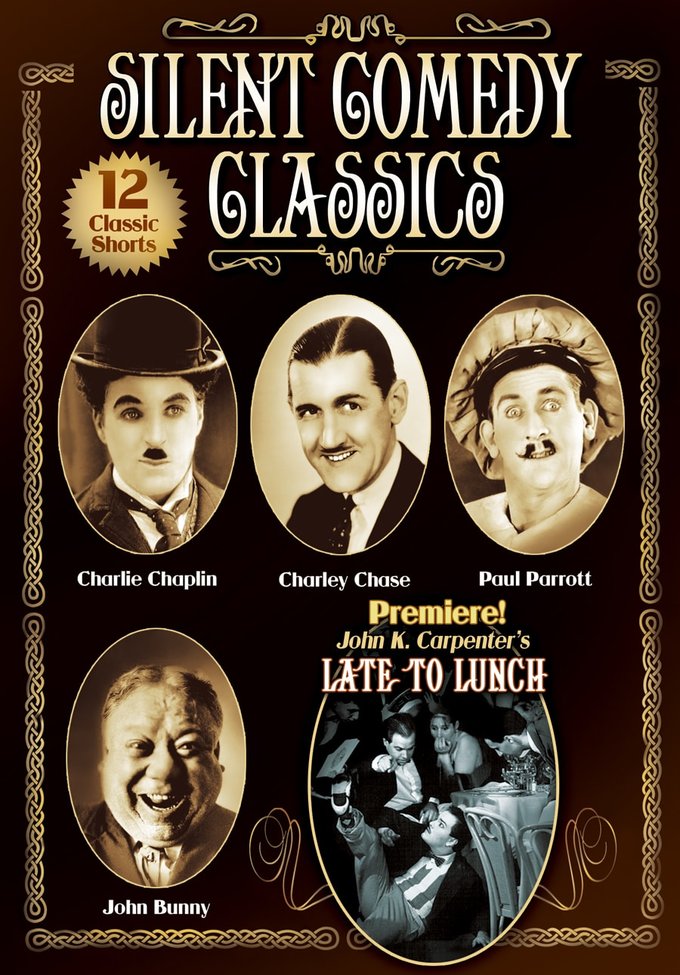 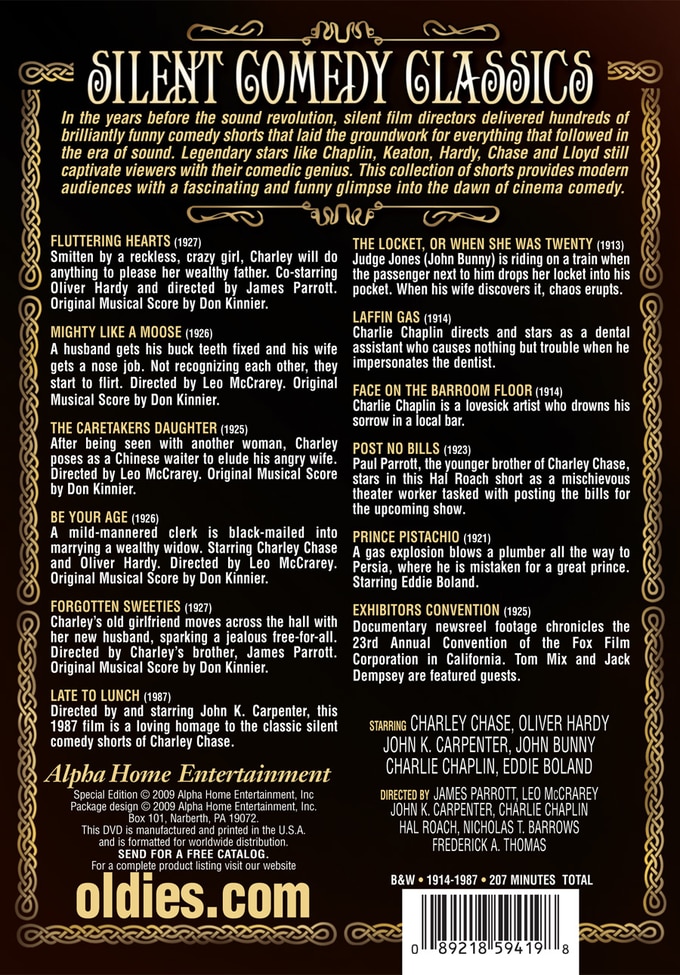 In the years before the sound revolution, silent film directors delivered hundreds of brilliantly funny comedy shorts that laid the groundwork for everything that followed in the era of sound. Legendary stars like Chaplin, Keaton, Hardy, Chase and Lloyd still captivate viewers with their comedic genius. This collection of shorts provides modern audiences with a fascinating and funny glimpse into the dawn of cinema comedy.

Fluttering Hearts (1927): Smitten by a reckless, crazy girl, Charley will do anything to please her wealthy father. Co-starring Oliver Hardy and directed by James Parrott. Original Musical Score by Don Kinnier.

Mighty Like A Moose (1926): A husband gets his buck teeth fixed and his wife gets a nose job. Not recognizing each other, they start to flirt. Directed by Leo McCrarey. Original Musical Score by Don Kinnier.

The Caretaker's Daughter (1925): After being seen with another woman, Charley poses as a Chinese waiter to elude his angry wife. Directed by Leo McCrarey. Original Musical Score by Don Kinnier.

Late to Lunch (1987): Directed by and starring John K. Carpenter, this 1987 film is a loving homage to the classic silent comedy shorts of Charley Chase.

The Locket, or When She Was Twenty (1913): Judge Jones (John Bunny) is riding on a train when the passenger next to him drops her locket into his pocket. When his wife discovers it, chaos erupts.

Laffin Gas (1914): Charlie Chaplin directs and stars as a dental assistant who causes nothing but trouble when he impersonates the dentist.

Face on the Barroom Floor (1914): Charlie Chaplin is a lovesick artist who drowns his sorrow in a local bar.

Post No Bills (1923): Paul Parrott, the younger brother of Charley Chase, stars in this Hal Roach short as a mischievoustheater worker tasked with posting the bills for the upcoming show.

Prince Pistachio (1921): A gas explosion blows a plumber all the way to Persia, where he is mistaken for a great prince. Starring Eddie Boland.