The Adventures of Tartu 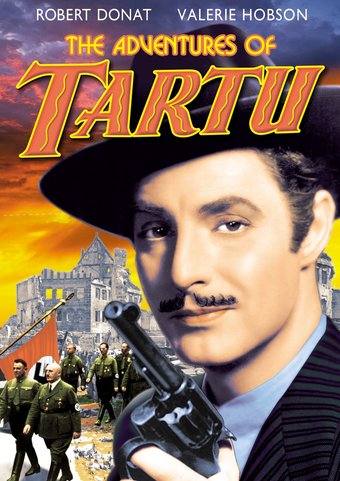 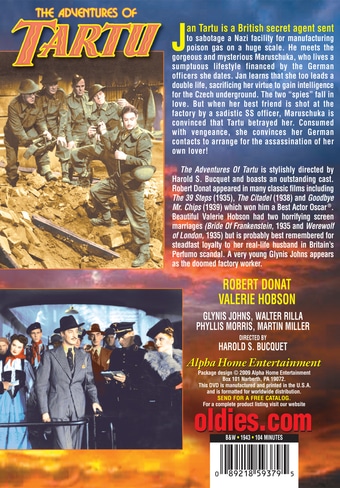 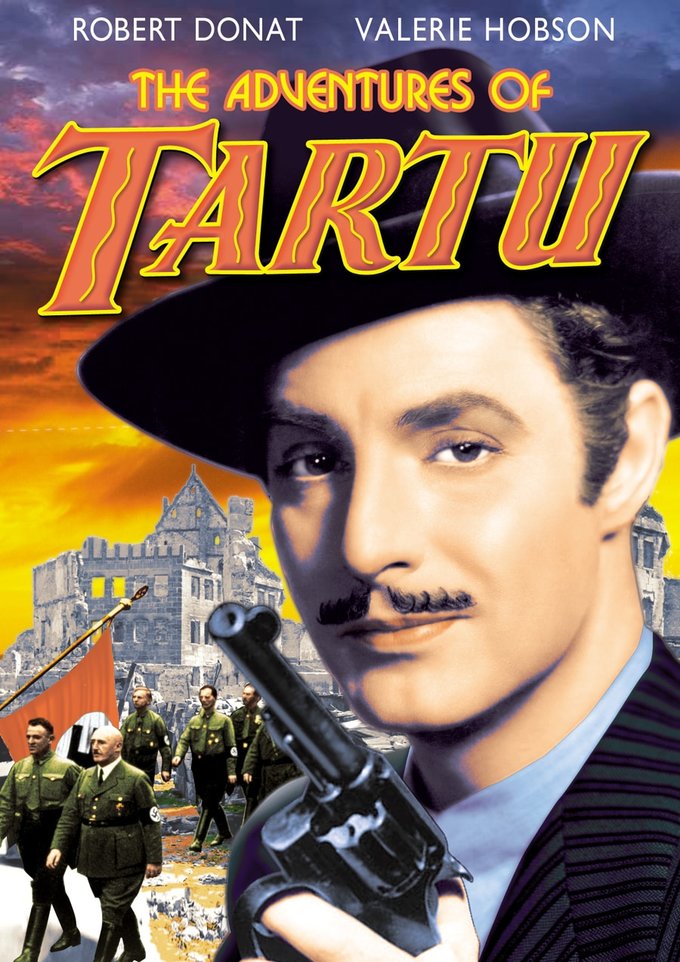 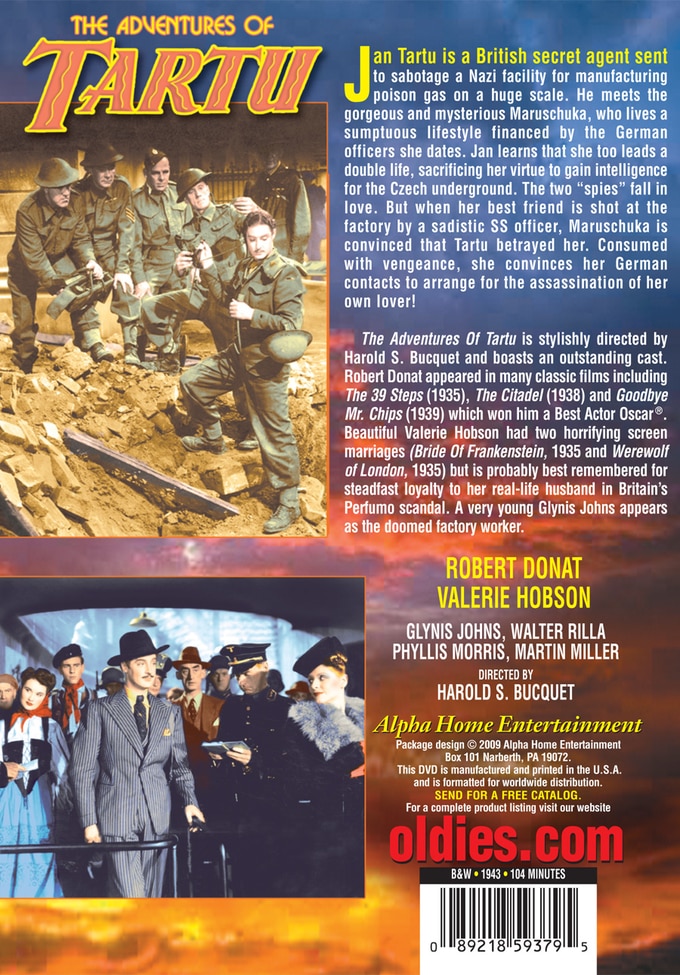 Jan Tartu is a British secret agent sent to sabotage a Nazi facility for manufacturing poison gas on a huge scale. He meets the gorgeous and mysterious Maruschuka, who lives a sumptuous lifestyle financed by the German officers she dates. Jan learns that she too leads a double life, sacrificing her virtue to gain intelligence for the Czech underground. The two "spies" fall in love. But when her best friend is shot at the factory by a sadistic SS officer, Maruschuka is convinced that Tartu betrayed her. Consumed with vengeance, she convinces her German contacts to arrange for the assassination of her own lover!

The Adventures of Tartu is stylishly directed by Harold S. Bucquet and boasts an outstanding cast. Robert Donat appeared in many classic films including The 39 Steps (1935), The Citadel (1938) and Goodbye Mr. Chips (1939) which won him a Best Actor Oscar. Beautiful Valerie Hobson had two horrifying screen marriages (Bride Of Frankenstein, 1935 and Werewolf of London, 1935) but is probably best remembered for steadfast loyalty to her real-life husband in Britain's Perfumo scandal. A very young Glynis Johns appears as the doomed factory worker.

A British espionage film produced during the height of World War II. Donat plays a spy who works with the Czechs as they scheme to destroy a Nazi poison gas factory.

A chemist, turned secret agent takes on a dangerous mission during World War II, and sneaks into Czechoslovakia in order to destroy a biological weapons factory.

Adventure | Spies | World War II
This product is made-on-demand by the manufacturer using DVD-R recordable media. Almost all DVD players can play DVD-Rs (except for some older models made before 2000) - please consult your owner's manual for formats compatible with your player. These DVD-Rs may not play on all computers or DVD player/recorders. To address this, the manufacturer recommends viewing this product on a DVD player that does not have recording capability.

Customer Rating:
Based on 1102 ratings.


Robert Donat as a British secret agent is infiltrated into German occupied Czechoslovakia. His mission: destroy a hugh Nazi complex that is manufacturing a deadly poison gas. Disguised as a mmeber of the Romanian Iron guard, he succeeds in dstroying his objective. Valerie Hobson plays a Czech who appears at first to be a Nazi sympathizer but she shows her true alleginces and helps Tatru. One of the best parts of the film is watching a young Glynis Johns. What a beautiful woman and great actress she was! If you like WWII films, this is a must see flick.


During World War II, no one made war movies better than MGM ("Thirty Seconds Over Tokyo", "They Were Expendable", "Purple Heart"--the list goes on and on). Add this British-made spy drama to the roster of solid MGM hits. Robert Donat plays a double agent sent into a Czech war plant to interupt production. Donat's performance is exceptional and young Glynis John shows up as a war-worker. The sets are very elaborate and the 1960s movie "Operation Crossbow" owes a lot to Tartu. Good solid, entertainment.