Jack Johnson In Between Dreams

Mojo (Publisher): 3 stars out of 5 - "A rare feat: gentle and kind without becoming soppy or daft." 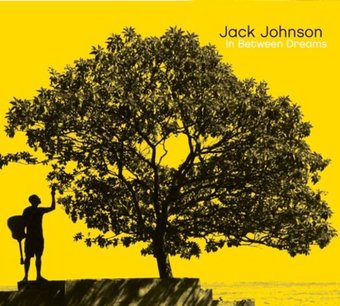 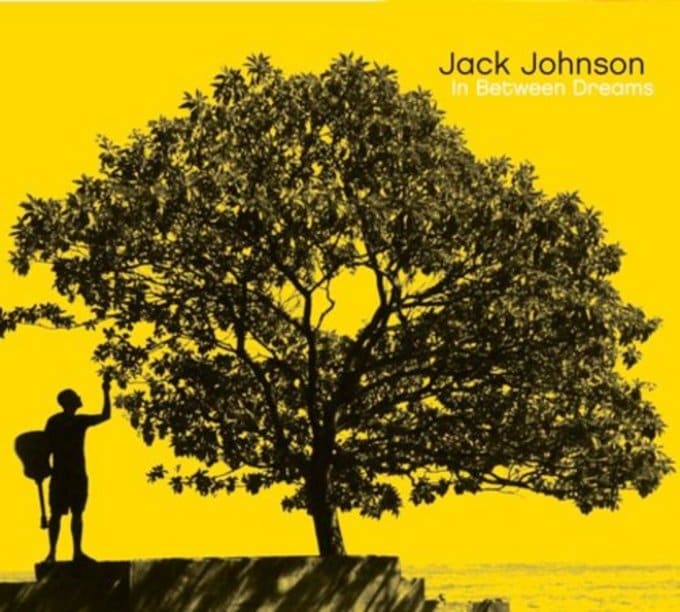 Personnel: Jack Johnson (vocals, guitar); Merlo Podlewski (bass instrument); Adam Topol (drums, percussion).
A former professional surfer and self-proclaimed beach bum, Jack Johnson is an unlikely candidate for rock-star status. Somehow, however, this everyman's mellow pop songs seem to tap into a commonly held desire for the simple life. The formula on IN BETWEEN DREAMS doesn't vary much from Johnson's previous albums, but is no less engaging--delicately strummed acoustic guitar, round bass lines, and gently funky drum patterns form a comforting bed for the Hawaii native's effortlessly soulful R&B-meets-folk vocals.
Sounding at times like a more laid-back G. Love (without the rap tendencies), Johnson celebrates the simple pleasures and asks the big questions with the childlike innocence that only someone living in a literal paradise could muster. "Banana Pancakes" is a Harry Nilsson-like groover that urges listeners to skip work and enjoy themselves every so often, while "Good People" decries the age of reality television with a poignancy reminiscent of Donovan at his free-spirited best. Perhaps the track that most accurately encapsulates Johnson's unique less-is-more approach, however, is "Belle," a jazzy ditty that clocks in at less than two minutes and lets a swooning accordion tell the bulk of the story.

32%off
Jack Johnson
Singalongs and Lullabies for the Film Curious George
$9.49 on Sale
Add to Cart

Jack Johnson
All the Light Above It Too
$12.50
Add to Cart

Jason Mraz
We Sing We Dance We Steal Things
$13.10
Add to Cart

Jack Johnson
Sleep Through the Static
$14.30
Add to Cart

32%off
Jack Johnson
Singalongs and Lullabies for the Film Curious George
$9.49 on Sale
Add to Cart
(240+)

Jack Johnson
All the Light Above It Too
$12.50
Add to Cart