The Capris (Old Town) Very Best of The Capris - There's A Moon Out Tonight! 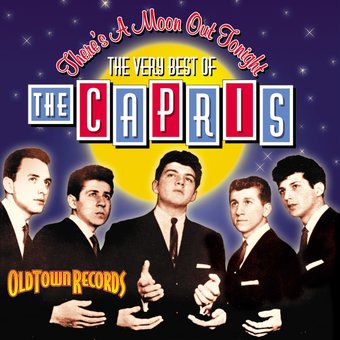 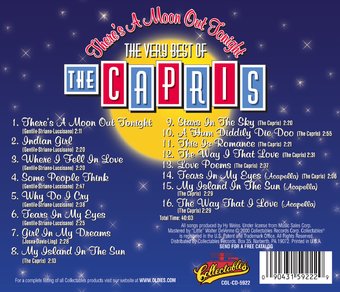 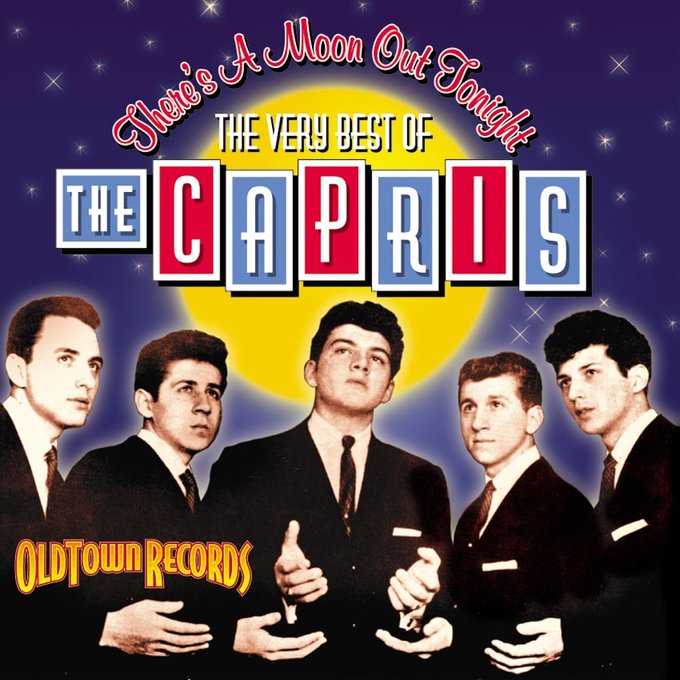 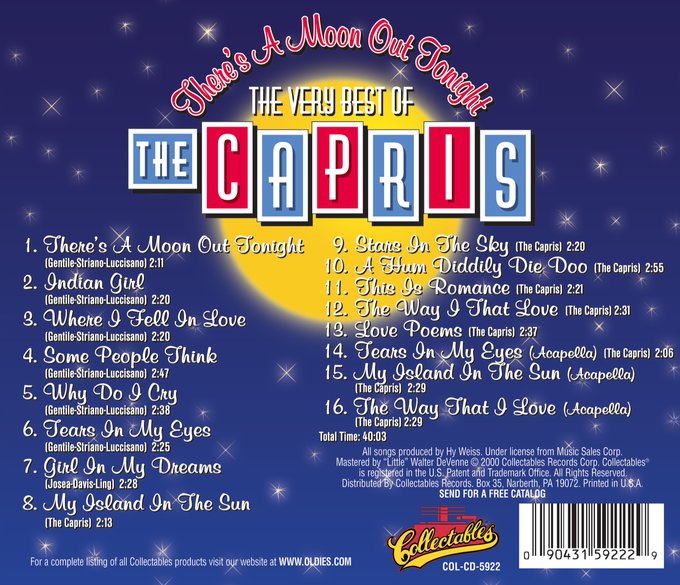 There's a moon out every night when the Capris are spinning on your disc player. This Italian vocal group from Queens, New York, scored their biggest hit, "There's a Moon Out Tonight" in 1961. This song - which became a street-corner vocal harmony classic - and the group's other Pop and Doo Wop tracks are all included in this greatest hits package. The Capris remain key figures in the Doo Wop scene in the new millenium.

Includes liner notes by Jerry Greene.
The Capris were known for the wonderful "There's a Moon out Tonight," one of the great doo wop songs of all time, a song so lovely and delicate that it remains the standard for love songs. They never had another song as good as that -- few bands do -- but they had a number of fine romantic doo wop ballads, all collected on Collectables' There's a Moon out Tonight: The Very Best of the Capris. Be warned -- this is still the province of dedicated doo wop fans, since there really aren't any cuts that could legitimately be called lost treasures, but for those who love the sound and the Capris in particular, this delivers some nice tunes. ~ Stephen Thomas Erlewine

29%off
The Chantels
Maybe: Their Greatest Recordings
$11.98 Super Savings
Add to Cart