A Harlem candy store is taken over by crooked businessmen. / Harlem gangsters threaten the life of a beautiful nightclub dancer in this Vintage all-Black cast production. 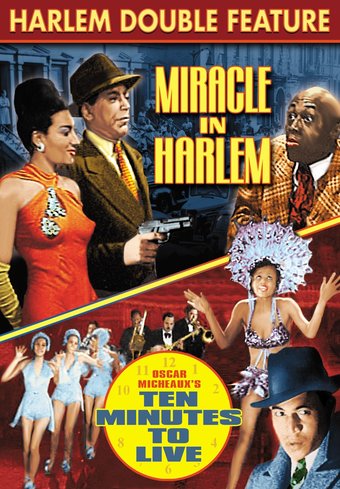 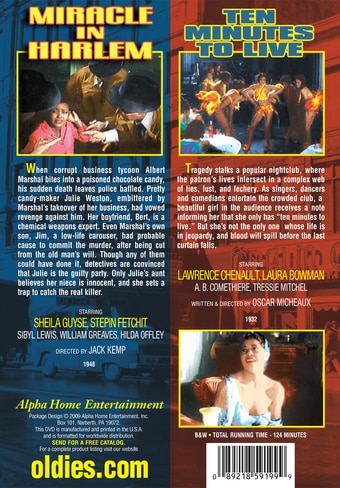 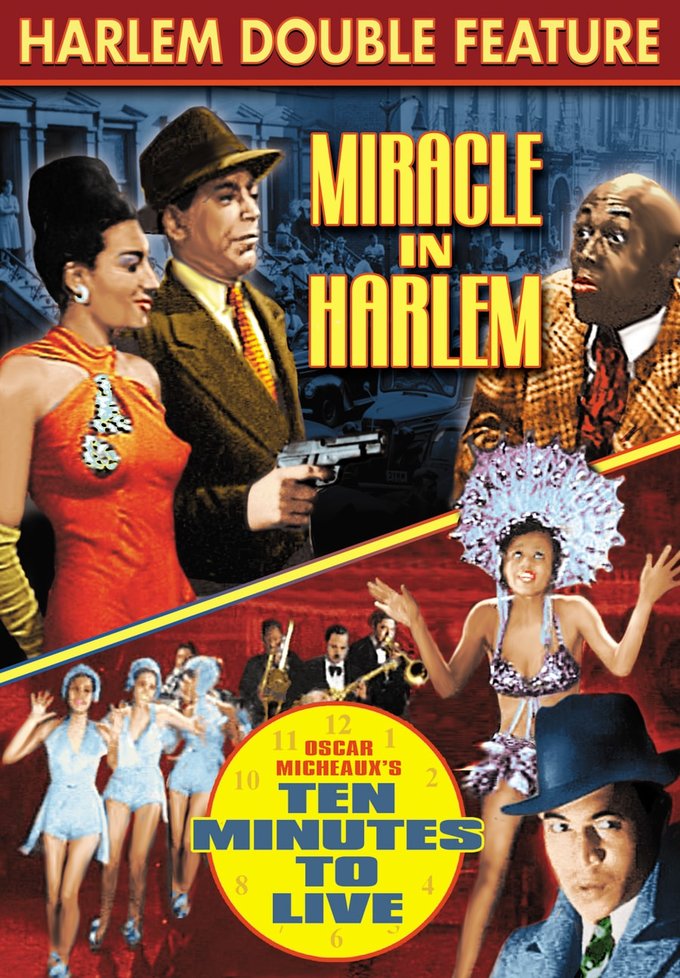 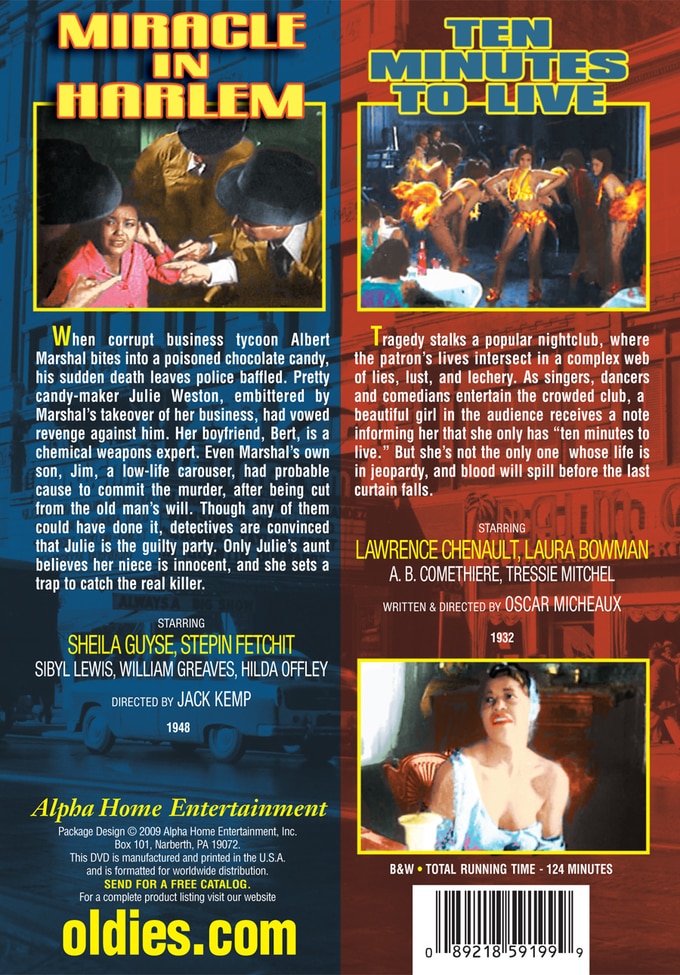 Miracle in Harlem (1948, B&W): When corrupt business tycoon Albert Marshal bites into a poisoned chocolate candy, his sudden death leaves police baffled. Pretty candy-maker Julie Weston, embittered by Marshal's takeover of her business, had vowed revenge against him. Her boyfriend, Bert, is a chemical weapons expert. Even Marshal's own son, Jim, a low-life carouser, had probable cause to commit the murder, after being cut from the old man's will. Though any of them could have done it, detectives are convinced that Julie is the guilty party. Only Julie's aunt believes her niece is innocent, and she sets a trap to catch the real killer.

Ten Minutes To Live (1932, B&W): Tragedy stalks a popular nightclub, where the patron's lives intersect in a complex web of lies, lust, and lechery. As singers, dancers and comedians entertain the crowded club, a beautiful girl in the audience receives a note informing her that she only has "ten minutes to live." But she's not the only one whose life is in jeopardy, and blood will spill before the last curtain falls.