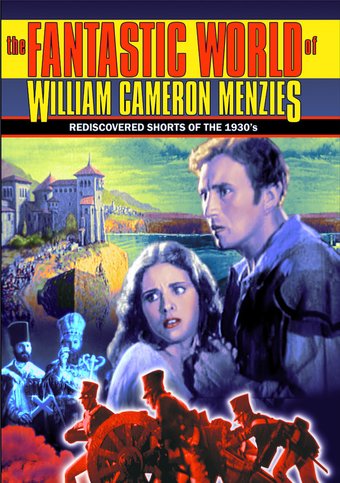 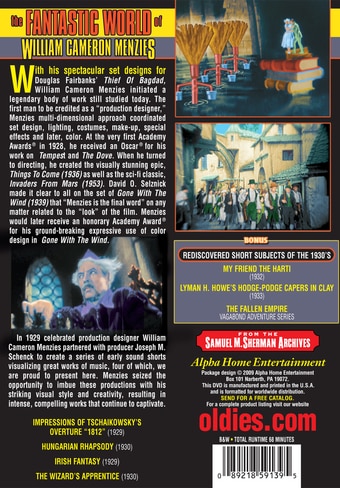 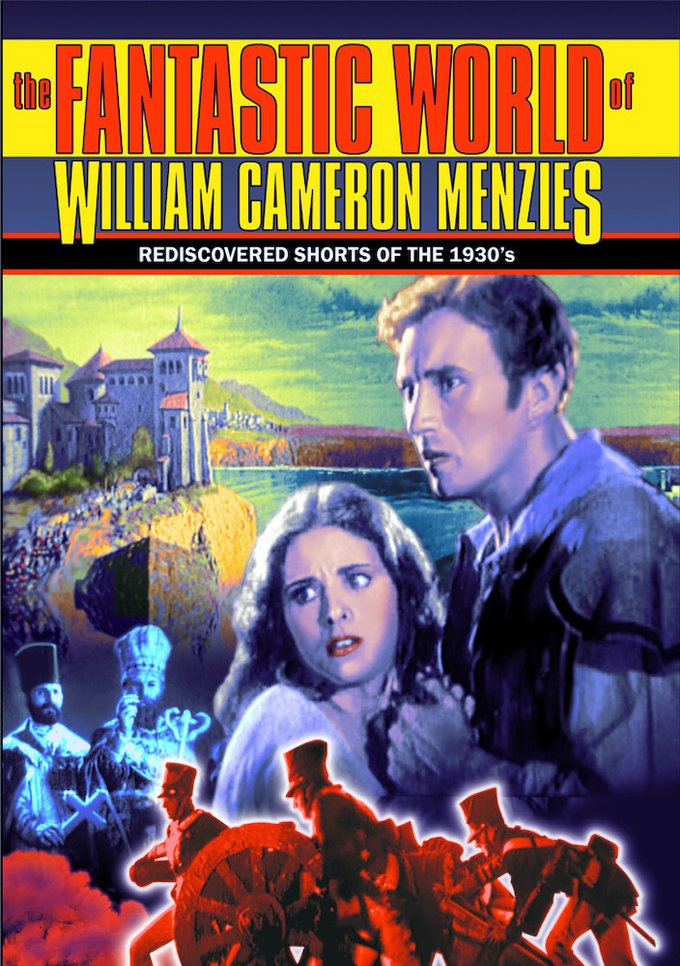 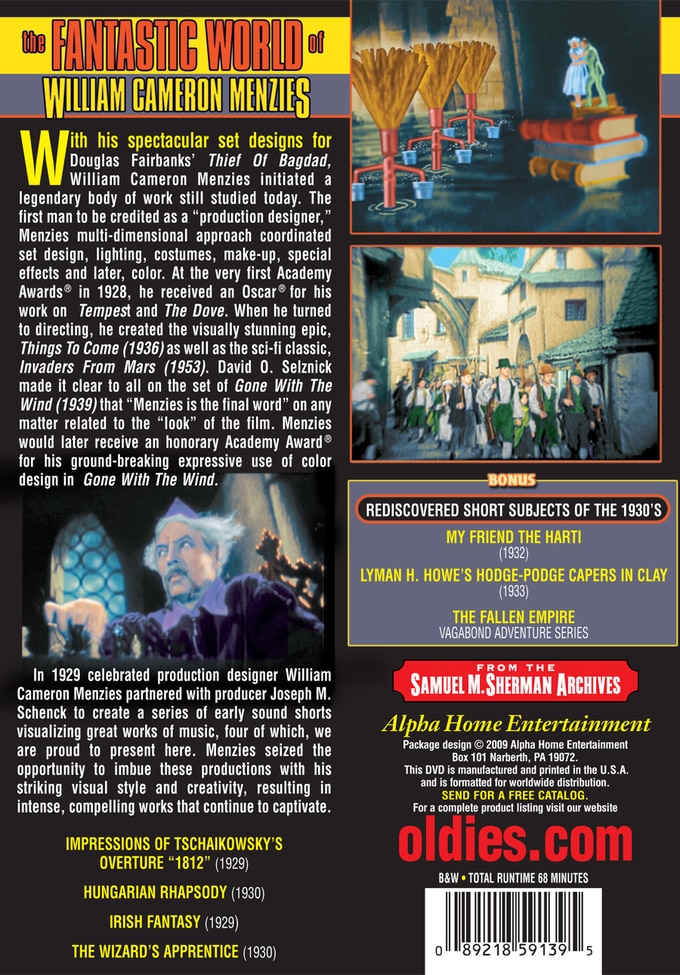 With his spectacular set designs for Douglas Fairbanks' Thief Of Bagdad, William Cameron Menzies initiated a legendary body of work still studied today. The first man to be credited as a "production designer," Menzies multi-dimensional approach coordinated set design, lighting, costumes, make-up, special effects and later, color. At the very first Academy Awards in 1928, he received an Oscar for his work on Tempest and The Dove. When he turned to directing, he created the visually stunning epic, Things To Come (1936) as well as the sci-fi classic, Invaders From Mars (1953). David O. Selznick made it clear to all on the set of Gone With The Wind (1939) that "Menzies is the final word" on any matter related to the "look" of the film. Menzies would later receive an honorary Academy Award for his ground-breaking expressive use of color design in Gone With The Wind. In 1929 celebrated production designer William Cameron Menzies partnered with producer Joseph M. Schenck to create a series of early sound shorts visualizing great works of music, four of which we are proud to present here. Menzies seized the opportunity to imbue these productions with his striking visual style and creativity, resulting in intense, compelling works that continue to captivate.

This release also contains these other rediscovered short subjects of the 1930s: