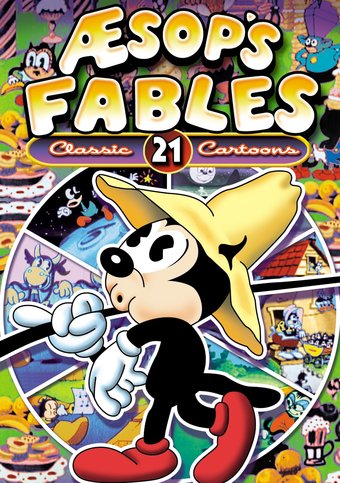 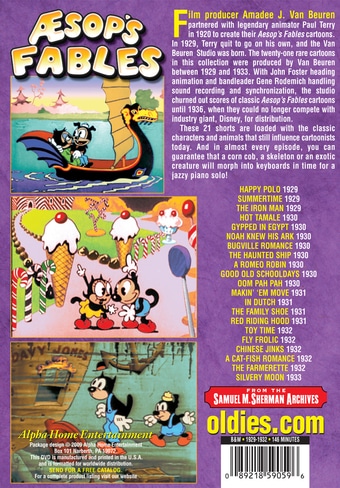 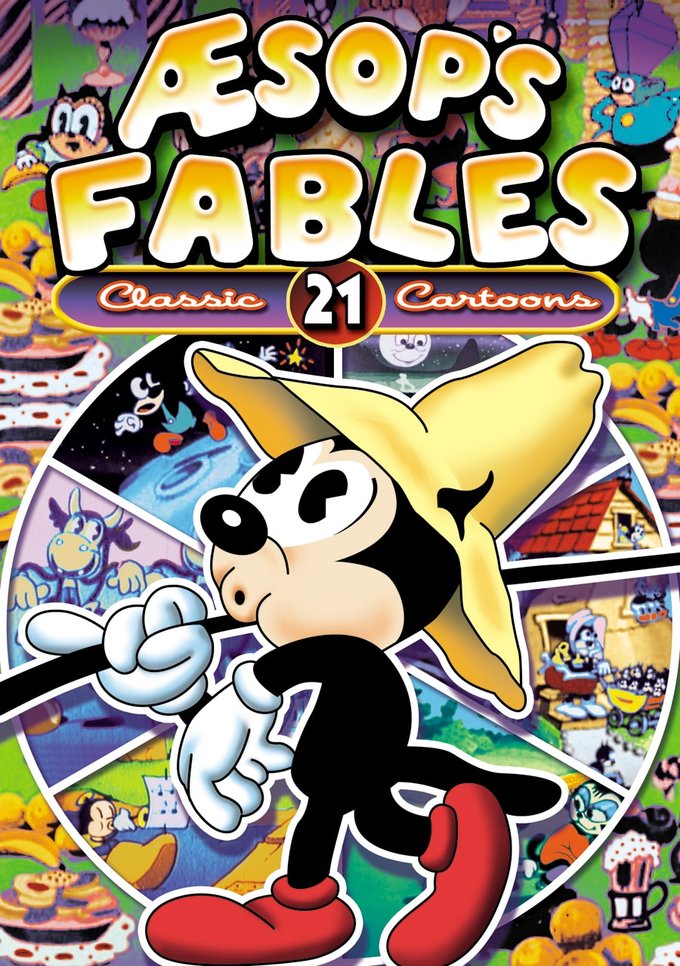 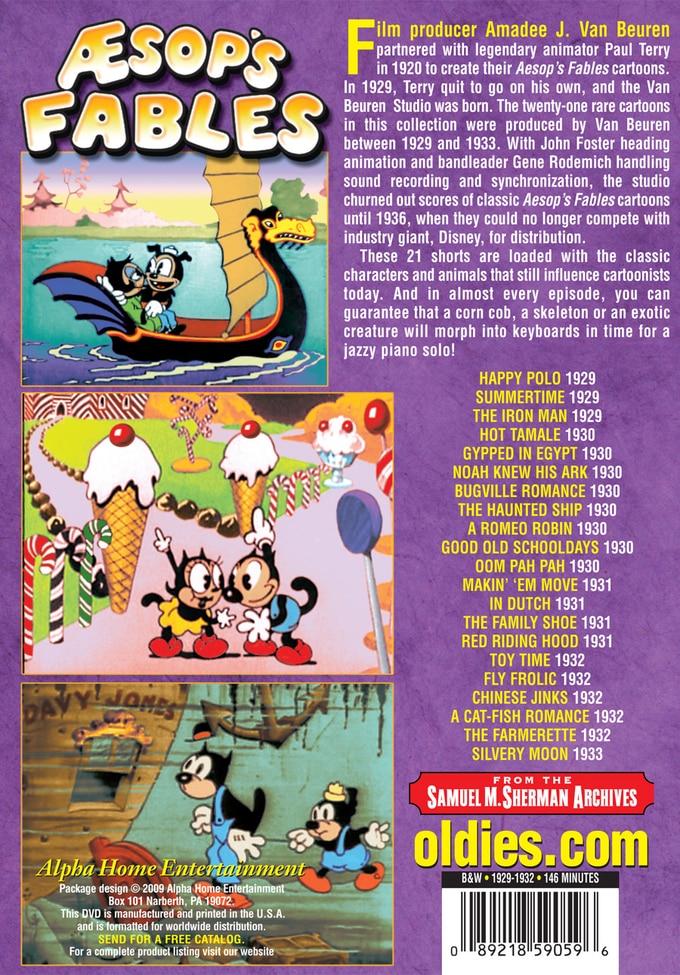 Film producer Amadee J. Van Beuren partnered with legendary animator Paul Terry in 1920 to create their Aesop's Fables cartoons. In 1929, Terry quit to go on his own, and the Van Beuren Studio was born. The twenty-one rare cartoons in this collection were produced by Van Beuren between 1929 and 1933. With John Foster heading animation and bandleader Gene Rodemich handling sound recording and synchronization, the studio churned out scores of classic Aesop's Fables cartoons until 1936, when they could no longer compete with industry giant, Disney, for distribution.

These 21 shorts are loaded with the classic characters and animals that still influence cartoonists today. And in almost every episode, you can guarantee that a corn cob, a skeleton or an exotic creature will morph into keyboards in time for a jazzy piano solo!