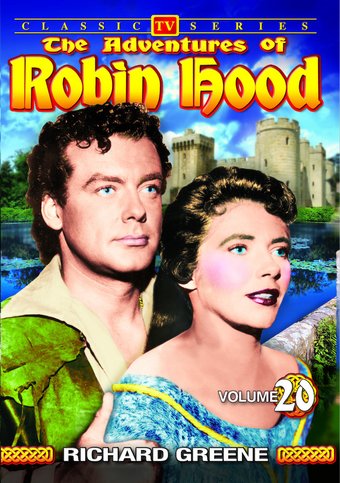 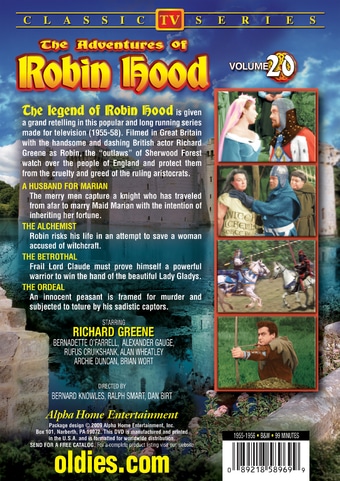 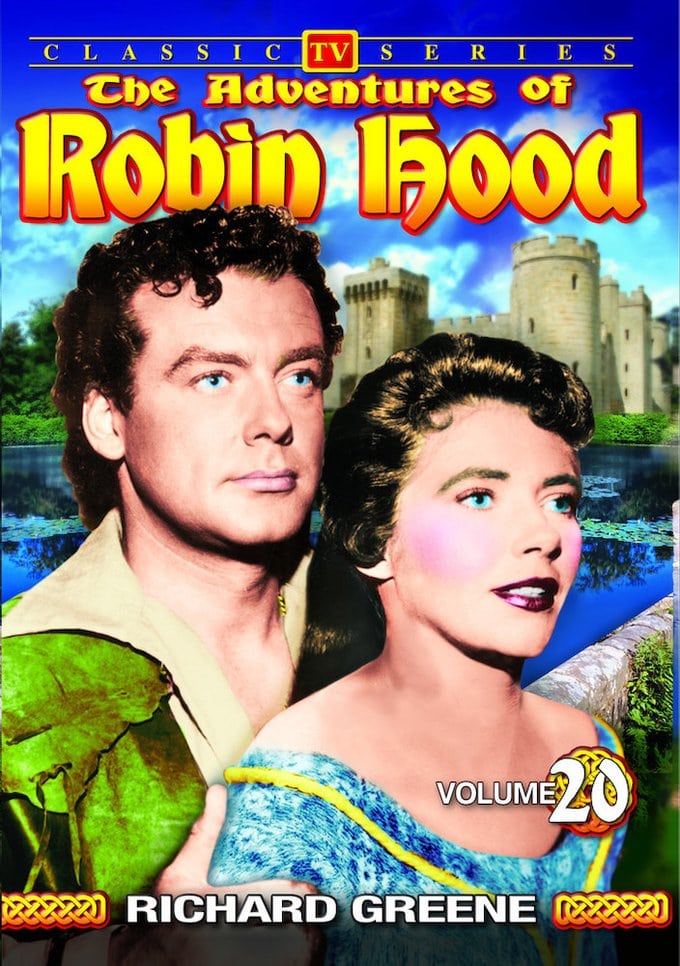 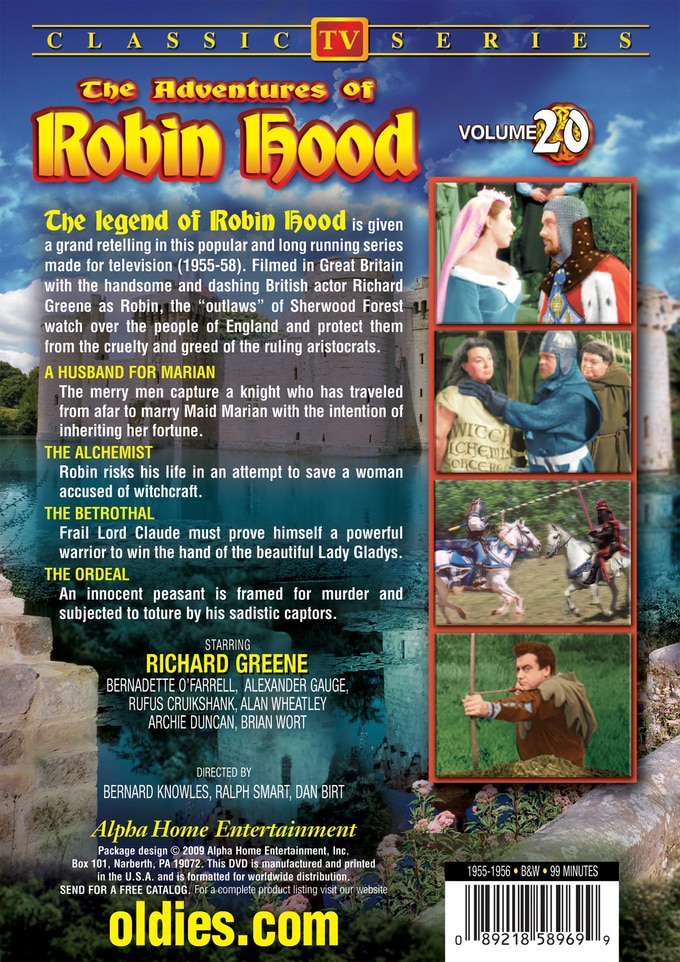 A Husband For Marian: The merry men capture a knight who has traveled from afar to marry Maid Marian with the intention of inheriting her fortune.

The Alchemist: Robin risks his life in an attempt to save a woman accused of witchcraft.

The Betrothal: Frail Lord Claude must prove himself a powerful warrior to win the hand of the beautiful Lady Gladys.

The Ordeal: An innocent peasant is framed for murder and subjected to torture by his sadistic captors.

In this British television series (1955-60), Richard Greene played Robin Hood as an upbeat and expansive fellow, while a superb small repertory troupe played different supporting roles. The interior backgrounds were mounted on wheels to facilitate fast shooting, and the studio was located near historic Runnymede Meadow, the ideal locale for the outdoor scenes. Loosely based on the earlier Douglas Fairbanks and Errol Flynn classic films about a forest bandit with a gang that "steals from the rich and gives to the poor" (that were in turn based on poems and stories dating back 600 years), this children's show remains fondly remembered by those lucky enough to grow up with it.