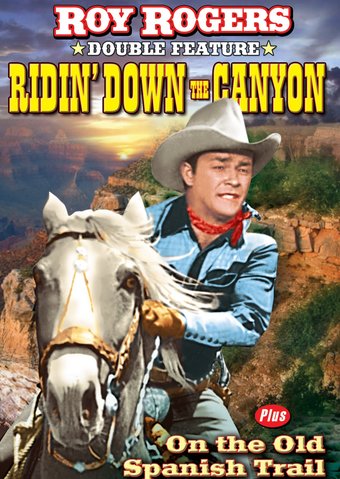 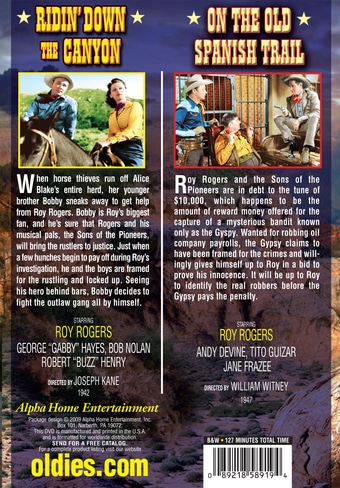 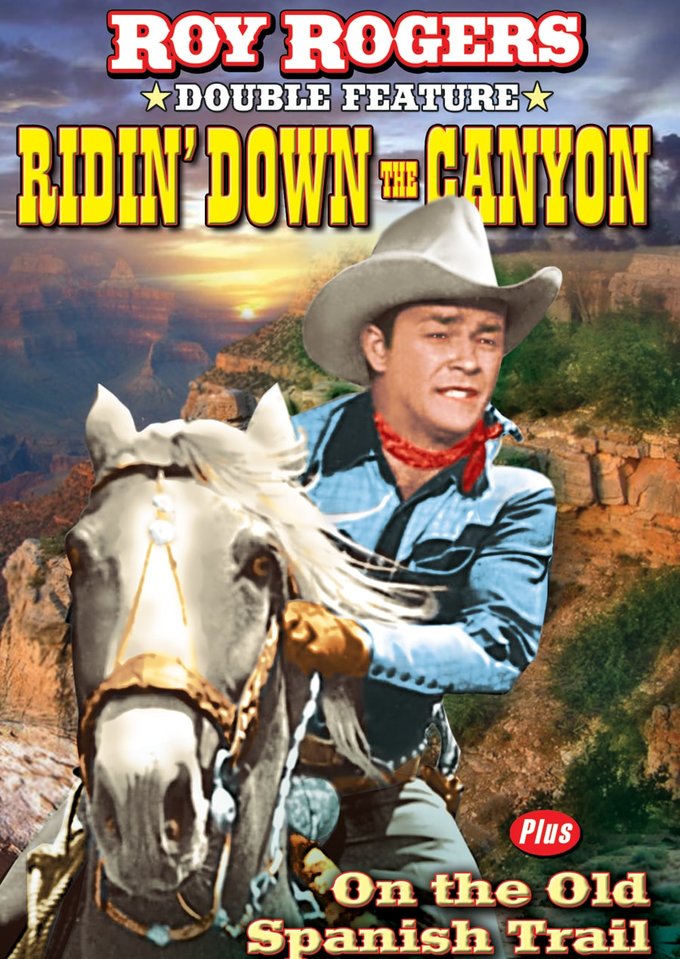 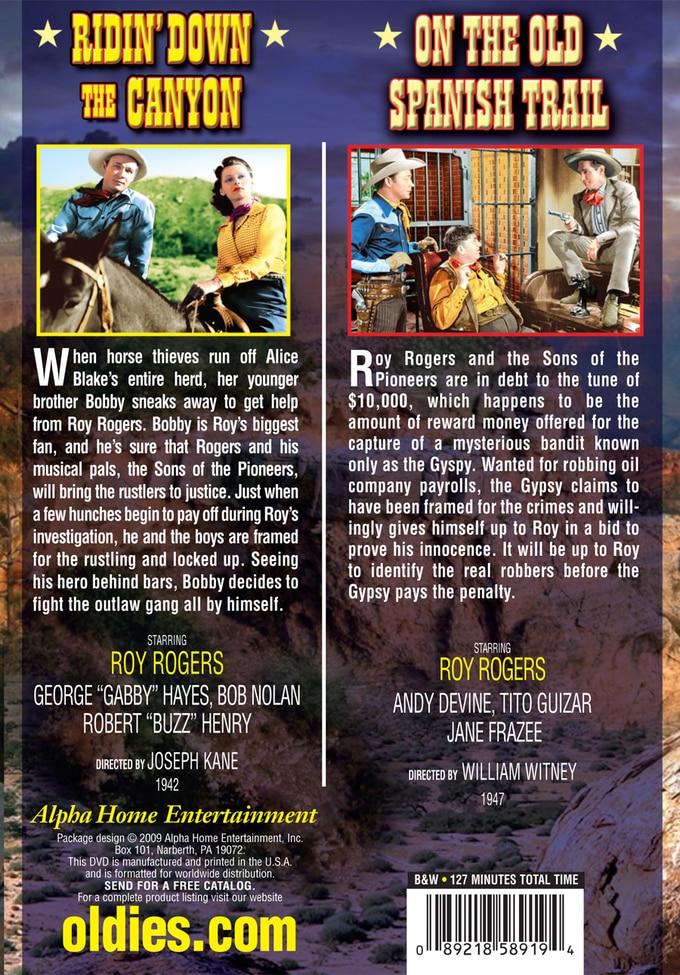 Ridin' Down The Canyon (1942, B&W): When horse thieves run off Alice Blake's entire herd, her younger brother Bobby sneaks away to get help from Roy Rogers. Bobby is Roy's biggest fan, and he's sure that Rogers and his musical pals, the Sons of the Pioneers, will bring the rustlers to justice. Just when a few hunches begin to pay off during Roy's investigation, he and the boys are framed for the rustling and locked up. Seeing his hero behind bars, Bobby decides to fight the outlaw gang all by himself.

On The Old Spanish Trail (1947, B&W): Roy Rogers and the Sons of the Pioneers are in debt to the tune of $10,000, which happens to be the amount of reward money offered for the capture of a mysterious bandit known only as the Gypsy. Wanted for robbing oil company payrolls, the Gypsy claims to have been framed for the crimes and willingly gives himself up to Roy in a bid to prove his innocence. It will be up to Roy to identify the real robbers before the Gypsy pays the penalty.

A pair of Roy Rogers's oaters--RIDIN' DOWN THE CANYON and ON THE OLD SPANISH TRAIL--is included in this two-film set.
This product is made-on-demand by the manufacturer using DVD-R recordable media. Almost all DVD players can play DVD-Rs (except for some older models made before 2000) - please consult your owner's manual for formats compatible with your player. These DVD-Rs may not play on all computers or DVD player/recorders. To address this, the manufacturer recommends viewing this product on a DVD player that does not have recording capability.

25%off
Roy Rogers Double Feature: The Cowboy and the Senorita...
$5.95 on Sale
Add to Cart